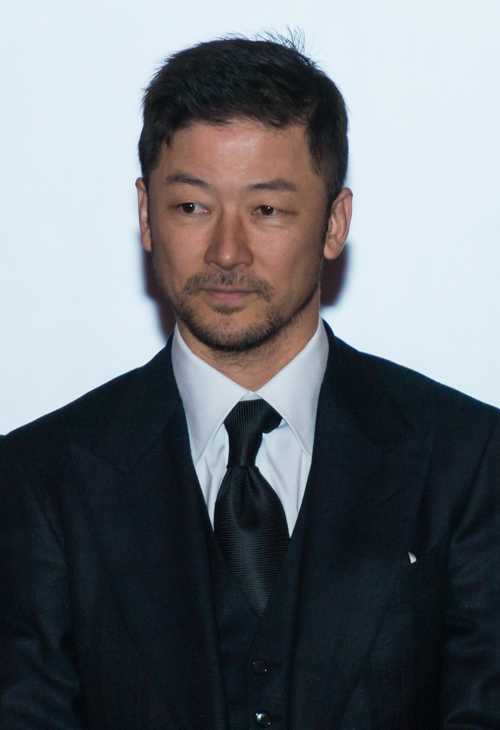 Tadanobu Asano was born on November 27, 1973 in Yokohama, Kanagawa. He grew up with parents engaged in a bohemian lifestyle - his mother often drove Asano around while listening to Led Zeppelin and his father was a painter. At school, Asano often felt like an outcast, sometimes being taunted as a "gaijun" (foreigner), because of his unique physical features (his grandfather, on his mother's side, was American). As a teen Tadanobu Asano made his acting debut in the 1988 drama "Kanpachi Sensei," thanks in large part to his father's urging.

Since that time, Tadanobu Asano has worked steadily in the film world and has become one of the most sought after film actors of his generation. Tadanobu Asano made his directorial debut with the short film Tori in 2004 and then directed a segment in the 2008 omnibus film R246 Story. While gaining professional recognition and popularity as an actor, the multi-talented Asano is also a musician, playing in the band Peace Pill, Mach 1.67 with film director Shogo Ishii, and using the stage name "Bunodata" for his solo music career ("Bunodata" being a reverse scramble of the syllables in his name). Asano has often expressed his fondness for the British punk the Sex Pistols. Beyond music, Asano is also an avid painter, poet, and calligrapher (even drawing the calligraphy for the intertitles in Electric Dragon 80000V).

In 2008, The Smithsonian’s Freer-Sackler Gallery in Washington D.C. held a five film restrospective of Asano's work titled "Rebel, Artist, Superstar: The Films of Tadanobu Asano." The films presented were Vital, Last Life in the Universe, Sad Vacation, Tori, and Bright Future, with Tadanobu Asano attending the screenings for the first three films.

On July 18th 2009 Tadanobu Asano and Chara announced their divorce.

Richard Fassler Nov 04 2014 4:16 am Tadanobu's grandfather's name was Willard Overing, not "Jim Owens." I believe he is of Norwegian/Dutch ancestry. Willard's younger brother, Gordie, was my best friend in the 6th grade in Winona, Minnesota. It is my understanding that Willard was in the U.S. Army after the occupation of Japan, when he married a Japanese girl. Tadanobu is the mixed-race grandson. The Overing family was dirt poor. When we weren't playing baseball, we spent some of our time collecting bottles and rags for sale, and shooting squirrels. Gordie's mother was a single mom. Gordie had a career delivering packages for United Parcel Service. Until recently, Gordie had never flown in an airplane! This past year, a Japanese film crew came to Winona, to explore Tadanobu's American roots. How strange life is: To think that one of Japan's most famous movie stars could have such a humble background!

FoxxyFuyumi Aug 04 2009 1:18 pm In Tokyograph said Asano took the kids but it's wrong. It was Chara indeed.