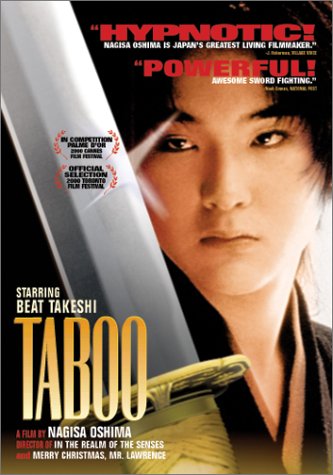 The movie takes place in Kyoto around 1865, in the last days of traditional samurai. Threatened by new kinds of fighting, new channels of power and the opening of the country to the West, the men of the Shinsen-gumi troop adhere all the more rigidly to the samurai code, even enforcing death as a punishment for severe violations. It is strange that a candidate as effeminate as Sozaburo would be one of two finalists chosen after sword-fighting auditions, but then again there is a look in the eye of Capt. Hijikata (Beat Takeshi) that hints of hidden agendas.

PonyMint Aug 03 2013 8:06 pm Hypnotic? Powerful? Really? Not imo. It swells with potential that is never exploited or developed fully. There are points with written words, which isn't done as poorly as other movies I've seen with this because they don't try to highhandedly indoctrinate the viewer or tell them what to feel. Instead they merely summarize events or underline the outcome of something that's happened. It's not as bad as many others Japanese productions in this genre, but still not a must see or even a, I'd like to see it again.