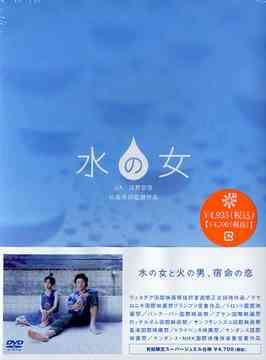 Ryo (played by Japanese music celebrity UA) has always had an affinity with water. Ever since she was young, important events in her life have been accompanied by rain. She runs a bath-house with her fiancé, until one day, during a rain-storm, he is killed in a car crash. Ryo becomes solitary and isolated, and the bath-house is closed. One day, however, she returns home to find a strange man, Yusaku (Tadanobu Asano - previously seen in Ichi the Killer), in her house. A pyromaniac by nature, his love of fire proves to be very useful to Ryo as he enlists him to keep the bath-house's furnace running. The pair soon enter into a love relationship, and the bath-house flourishes once more. However, Yusaku has a dark past, which threatens to resurface and destroy everything.

laurie Jun 09 2013 2:59 pm i enjoyed this movie, was very different, on the quiet side and boring for some people, but there was something captivating that kept me watching.. ^_^