Portrait of the Wind 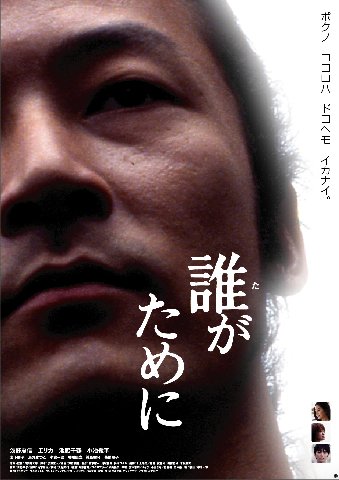 Portrait of the Wind centers on Tamio Murase (Tadanobu Asano), a world-traveling photographer who came home to take over the family business after his father's fatal heart attack. One day at the family photo studio, he finds a kindred spirit in Ayako (Erika) and the requisite sparks fly between them. The initial portions of the film deal with their budding romance, and it isn't long before the two become a serious couple, and Ayako is pregnant with Tamio's child.

While helping a lost child find his mother, Ayako is spotted by a creepy young man named Tatsuya Yamagishi (Teppe Koike). Unbeknownst to her, he promptly follows her home. When she answers the door, he barges in and brutally murders her - without the slightest hint of motive. Tamio, of course, is thoroughly devastated by the loss and feels even worse when he learns that Tatsuya's status as a juvenile affords him certain privileged rights despite his heinous crime. Not only are Tamio and his family barred from the court proceedings, but the secret trial itself has only one goal: rehabilitation, not punishment. Thus, a light sentence is guaranteed, and Tatsuya will be walking the streets in no time. If he was only a few years older, he'd be given serious jail time, but as a minor, the law is in his favor.

In the year that follows, Tamio falls deeper in depression due to his heartbreak, unable to move on despite his friends' and family's encouragement. And thanks to the intrusiveness of a nosy reporter feeding him details about the case, Tamio finds his desire to avenge his beloved's death festering within, and he quickly finds himself purchasing a knife with the idea of someday exacting revenge. Even so, he eventually seems to find some joy in life by dating his childhood friend, the ever-devoted Mari (Chizuru Ikewaki) and piecing together the events of Ayako's past and her last photo project. But when Tamio discovers that Tatsuya has been set free, the viewer begins to wonder whether he'll succumb to his need for retribution or find happiness with the pure-hearted Mari. -- Love HK Films