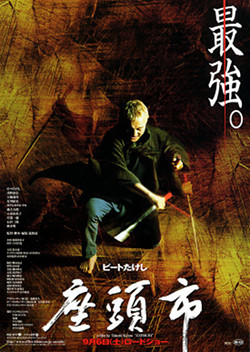 19th Century Japan ... Zatoichi is a blind wanderer who makes a living by gambling and giving massages. But behind his humble facade, Zatoichi is a master swordsman, gifted with lightning-fast draw and strokes of breathtaking precision. Zatoichi discovers a remote mountain town at the mercy of the Ginzo gang. The ruthless Ginzo dispose of anyone who gets in their way, quicker than ever since they recruited mighty samurai ronin Hattori. In a gambling joint, Zatoichi and trustworthy young friend Shinkichi meet up with a couple of geishas. As dangerous as they are beautiful, Okinu and her sister Osei have come to town to avenge their parents' murder. With their only clue being the mysterious name Kuchinawa, the geisha sisters have lots of tricks up their sleeves. Sinister henchmen are soon hunting down Zatoichi. With his legendary cane sword at his side, Zatoichi's path is destined for many violent showdowns...