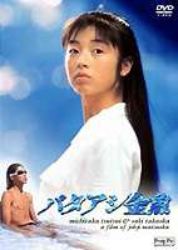 One day after school, Kaoru glances at Sonoko at the pool side. He falls in love with her at first sight and decides to join the swimming team even though he cannot swim. He borrows a motorcycle from a friend and shows up at Sonoko’s house to offer her a ride to school. He even makes friend with Sonoko’s mother, bringing her to his side. Now Kaoru is determined to go to the Olympics only to impress Sonoko. He begins going to swimming club often, and comes under the coaching of a rather strange old woman who always wears a gold medal around her neck. One day, Kaoru is called to a dry streambed, where he sees Sonoko walking arm in arm with Nagai, the school’s ace swimmer.