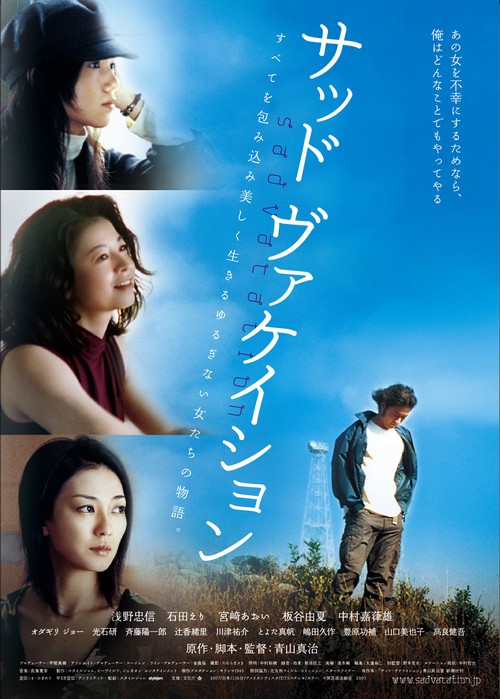 Sad Vacation tells the story of Kenji, a boy who makes his living by doing odd jobs and being a driver for drunken customers of a local bar. Kenji has not yet overcome the pain of being abandoned by his mother when he was very young, and losing his father, who committed suicide. Despite his own bitterness and disappointment he takes great pity on the sister of one of his old friends, who is now in jail, and an illegal immigrant, and decides to take care of them both. But his life changes radically when one night he is driving home Mamiya, the owner of a dispatch company, and realises that the man’s companion is Chiyoko, his mother. Mamiya uses his business as a means of getting ex-prisoners back into society, and helping those who cannot find a dignified job because of their criminal record. He tries to get Kenji involved in his projects and this allows the boy to make a plan in order to confront his mother and and enable them to finally reconcile their past. Although Mamiya and Chiyoko have an adolescent son called Yusuke, when Kenji’s true identity is revealed, Mamiya’s faith in the boy grows even more. 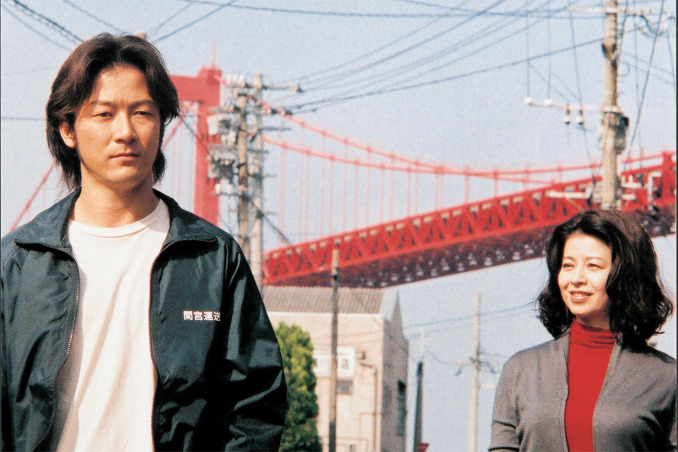 Ki Feb 11 2009 5:00 am The title for Shinji Aoyoma’s “Sad Vacation” is taken from the title of a Johhny Thunder’s song written in tribute of Sid Vicious. The song “Sad Vacation” then blares out suddenly some 5 minutes into the film. There’s something about this moment that projects all the pain, joy, pessism and optimism engraved into the characters themselves. Visually the film has a distinct hipster look, with the film proudly shot in Shinji Aoyoma’s format of choice Super-8.

Story wise “Sad Vacation” centers around Kenji Shiraishi (Tadanobu Asano), an aloof loner that carries emotional scars from the time his mother left him as a child. His mother’s abandonment also led to Kenji’s alcoholic father committing suicide. These moments have left a permanent mark upon Kenji’s existence.

As an adult, Kenji works various jobs. He worked as a truck driver, shuttling illegal Chinese immigrants around Japan. On one of those trips, a Chinese man died in transit and leaves behind a young boy. Kenji, knowing a thing or two about abandonment, takes the Chinese boy as his own. Then, Kenji takes a job as a personal driver for bar hostesses and their patrons, shuttling them from bar to home. One evening, Kenji drives home a patron and then discovers his very own mother waiting for the patron at their home.

Over the next few weeks Kenji then concocts an intricate to plan to exact revenge upon the mother who abandoned him as a child.

“Sad Vacation” packs a lot emotion under its simplistic story. Shinji Aoyama fans will likely enjoy the movie’s distinctive narrative style (frequent slow shots, interspersed with fast edits, and a large cast of Aoyoma regulars), while other folks may fine the movie much ado about nothing.

The movie’s theme constantly brings up the idea of idea of “escapism” or simply “running away.” Just about every character in the movie has been on the run or is on the run. The movie bookends two female characters (Yuri and Chiyoko) expressing their desire to “just fly away like birds.” Following this theme, you’ll often find Aoyama’s camera focusing on a distant bridge looming somewhere in the background of the city.

The question then shifts to what all these characters are looking for. Kenji looks to place misery upon his mother, in the same manner that she has done to him years ago. Meanwhile he questions his current girlfriend “will you wait for me?” something that his mother did not. Kenji’s mother Chiyoko (played effortlessly by Eri Ishida) epitomizes a motherly figure (even after her abandonment of her family) and by the end of the film comes across as something akin to Mother Nature itself.

The cast of characters in the film is expansive and if you are familiar with Aoyama films will recognize a lot of the ancillary characters. This is with good reason as “Sad Vacation” is the final chapter in the trilogy started by Aoyoma’s “Helpless” and then “Eureka.” Tadanobu Asano plays the same Kenji from “Helpless,” as does Kaori Tsuji plays Yuri from “Helpless.” There’s also Aoi Miyazaki continuing her role as Kozue, the girl traumatized by the bus jacking in “Eureka.” Fear not if you haven’t seen these films, “Sad Vacation” can easily be followed as a single entity in and of itself.

While Shinji Aoyama’s “Sad Vacation” feels long at times and projects a message that gets diluted by its surprise ending, there’s still something remarkable about the film. Like “Sukida” this is one of those films that will either click with you or won’t click with you on a personal level. For me, the film packed a bittersweet punch akin to sipping a glass of whiskey during the early hours of the following morning. “Sad Vacation” isn’t for the faint of heart or less adventurous, but if you crave a tale of longing told from a different point of view then check out “Sad Vacation.”