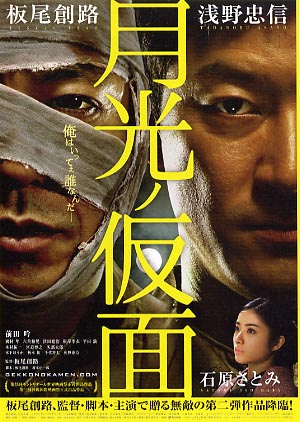 The year is 1947, during the war torn period of the Showa era. The story begins when a man, presumed to have been killed in battle, returns home. Who was this man? Before the war, he had a bright future ahead of him as the proficient and popular rakugoka (comedic story-teller), Usagi Morinoya. However, because of an injury sustained during the war, his face is covered in bandages, and he suffers from total amnesia. As if trying to recover his memory, the man only keeps mumbling in a hollow voice his trademark rakugo, "Sokotsunagaya". -- Okinawa International Film Festival