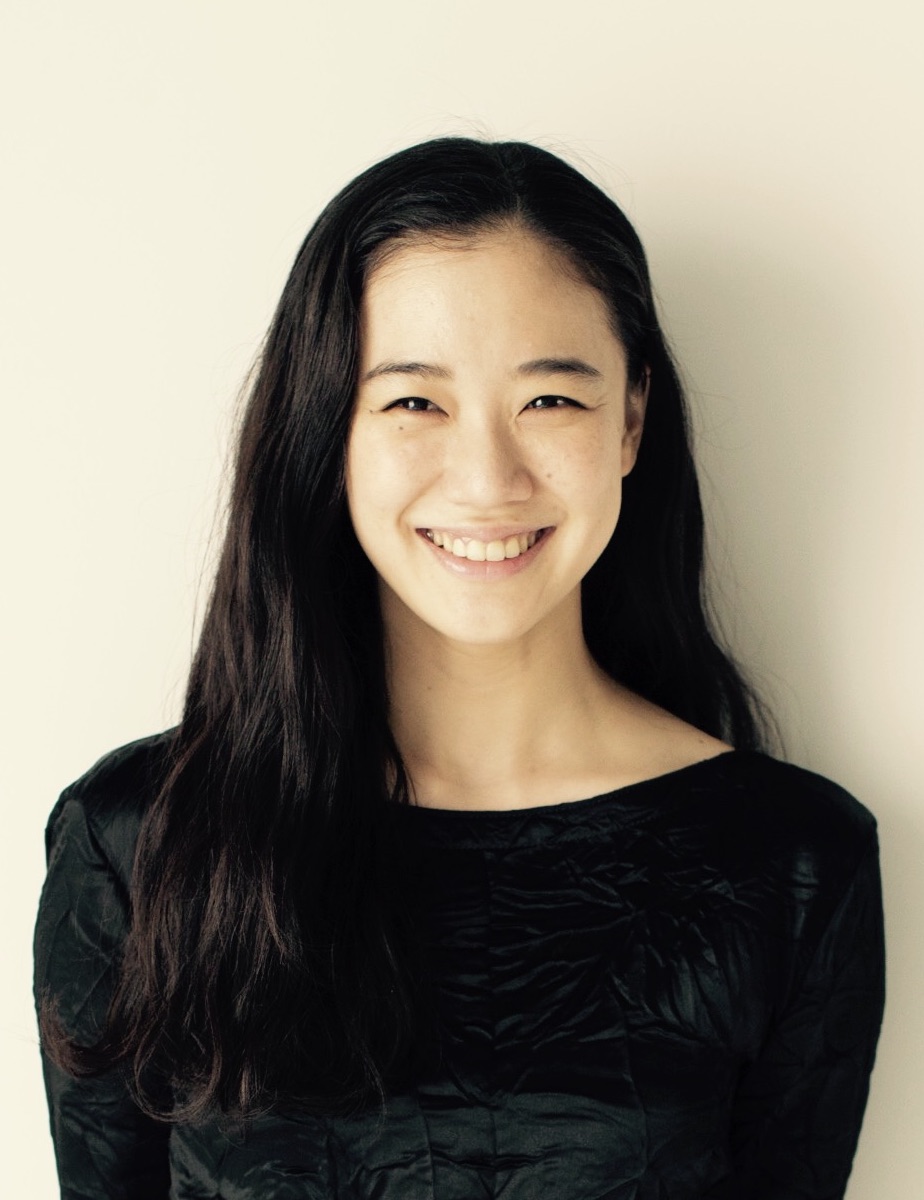 Yu Aoi, born in Kasuga-shi, Fukuoka on August 17th, 1985, is a popular Japanese actress & model. Since elementary school Yu Aoi has been a member of Itoh Company Group (talent agency). In 1999, at the age of 14, Yui made her stage debut as Polly in the musical production "Annie." During the audition process for "Annie," Yu Aoi was chosen over 10,000 other contestants for the role of Polly. Yui Aoi's career blossomed further with her appearance in Shunji Iwai's highly acclaimed film "All About Lily Chou-Chou." In 2002, Yui Aoi's popularity increased further as she was chosen as the 10th "Rehouse Girl" for Japanese real estate company Mitsui Rehouse. Other actresses who gained popularity through Mitsui Rehouse commercials include Rie Miyazawa, Chizuru Ikewaki, and Kaho.

Yu Aoi's major breathrough in acting came with her first starring role in 2004's "Hana and Alice." This would also be her second time working with director Shunji Iwai. In the film, Yu Aoi was able to demonstrate not only her talents in acting, but also her skills in ballet. A five minute ballet performance by Yu Aoi was included during the climatic moments in "Hana and Alice". Yui Aoi would go on to win the 2005 best actress award at the Japanese Professional Movie Award for that performance. Since that time Yu Aoi has kept a busy schedule appearing in a wide variety of different roles. She would also go on to win the best supporting actress award at the Japanese Academy Awards for her role in Sang-il Lee's "Hula Girls" and the Blue Ribbon Award and the Best Actress prize at the Yokohama Film Festival for her work in "Hula Girls" and "Honey and Clover".

Nancy Mar 22 2020 2:04 am Every film i have watched with Aoi surprises me always! She deserves a great recognition as an actress.

Ardem Jul 08 2019 6:05 pm I cannot believe she is getting married. I have been in love with her long feminine hair, thin body, sexy legs for so long. Darn, I missed my chance.

Tom Apr 10 2017 11:57 am I can't believe that an angel like Aoi Yu "Suzuko Sato" of One Million Yen and the Nigamushi Woman could be so mean "Kasumi Shiina" in Ao to Shiro de Mizuiro. It would be nice if she came to Hollywood in a leading role but, Hollywood is too cut throat and might ruin her.

Kimy Oct 06 2016 3:41 pm Congrats Aoi Yu for Best Actress award for Over the Fences in the 8th Tama eiga awards. More awards and projects to come!

Kazumi Jul 10 2016 1:28 am I think Aoi Yu's agency should give her more projects where she is the lead and share the brilliant acting talent she got. There are a lot of not so talented actresses getting a lot of projects with them as lead maybe because their agency knows how to market them well. I feel like she is underrated as an actress despite the numerous acting awards and nominations she got. Maybe it's her agency's fault. I agree with the previous comment, she should try acting in Hollywood. Her talent will be much valued there. I think Japan fans prefer the cute and kawaii celebrities that true talent is often overlooked.

Sakura Mar 01 2016 4:13 pm Aoi Yu should act in a nice Hollywood movie or TV series. Her amazing and brilliant acting skills should be showcased to a much wider and larger audience.

Elysia May 15 2015 2:53 pm She is super pretty! I love her in Nanao to Nanako with Chinen Yuri! :) She is a good actress very talented and beautiful!

Hin Jan 16 2015 6:29 am ~ falling in love with her when watched Osen in last midnight. she look like angel with cute face. she had natural acting.

ace Jan 14 2015 9:13 pm I'm a huge fan of her work. She really got on my radar with Osen. I fell in love with her character. (She could wear a puzzled frown cuter than anyone) Since then, while I may not have liked the show she was on, I was never disappointed by her performance.

The only mystery is the two dots near her eyes. Maybe it is the make up or HD, but did not notice it in the drama until this year.

Living Dec 26 2012 9:30 pm Aoi San is freaking cute! She also has a very sweet smile. One of the actresses that makes me impress a lot. Despite her cute and innocent face, she can act fierce. :) love her in Rurouni Kenshin :)

fall in love since saw her ballet perform at hana and alice...

momo Jul 26 2011 5:02 pm She is multi-talented which is awesome, She and Japanese band 'Chatmonchy' have also performed together. That is a Super Great Performance.

Ki Oct 21 2010 11:32 am I came this -><- close to watching the world premiere of "The Lightning Tree" at the Pusan International Film Festival, but the movie played outdoors and heavy rains that evening made me leave before the movie started. I didn't want to leave but I also didn't want to see a real life lightning tree happen in front of me either. Even though I missed the world premiere I did get to watch Yu Aoi, Masaki Okada, & dir. Ryuichi Hiroki make a live appearance at the PIFF village for a Q&A session. Here's some photos of that :

TD Aug 21 2009 12:33 pm She's absolutely adorable and also a great actress who only seems to get better and better for every movie she's participating in. And it's really amazing how she participate in so many good movies (according to me) and so few bad ones. I hope to meet her some day.

Lin Jun 22 2009 8:50 am Watashiwa lina-desu,Yuroshiku! I really and really admired to be like Aoi-chan...because she's very talented,really AMAZING!!!at first time i'd watched her movie in HACHIMITSU TO CLOVER...i was like...oh man...she's really kawaii + i d k how to describe h

anastassia May 31 2009 1:15 am She was my first rank favorite actress. I thought I have seen all the talented Japanese actress out there and when I sam her on OSEN i was like bump, WOW!! She was extremely talented. Then, I read her profile in WIKI and I'm so surprised on how many international prestigious award she has received. Much more and professional than Ueno Juri. She is very brilliant when she did not only received lead actress but she smartly choosen her supporting character as well and that has been highly critically praised and awarded

She may not very known in dramas fans like Ueno Juri but she a high ranking place in international acclaimed. There is no role that she can't play. And her beauty is very different and exotic as well.

She is my first rank now. Beat my Ueno Juri, Fukatsu Eri, Takeuchi and many more.

She is super star, just look at her tiny role you can see how talented she is and even that tiny role has made her won a prestigious award. HOW GREAT SHE IS AS AN ACTRESS!!

Balsa Feb 14 2009 6:37 am Great actress with tremendous presence on screen. She looks small, cute and a bit fragile but her acting is incredible.