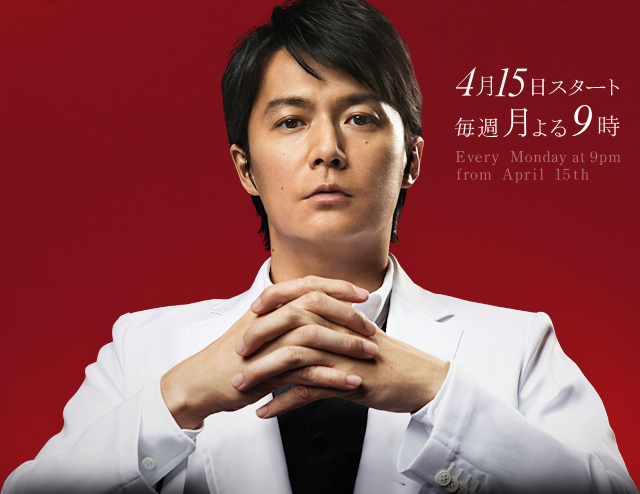 Detective Kaoru keeps talking about a case in which a person fell to their death at the building of a religious group in Kamata. The victim fell from the the 5th floor of a building where the religious group "Kuai" resides. Apparently, the leader of the religious group (Takao Osawa) sent energy to the victim and he fell. Detective Kaoru shows pictures taken by magazine photographer of the incident. The pictures show that the group's leader did not touch the victim, but the victim's eyes became hazy. Manabu Yukawa becomes interested in the case and believes the incident can be proven scientifically.

kuri Jan 14 2020 10:53 pm so much hate for kishitani makes me so sad!! i loved her so much in this drama. I actually watched Galileo 2 by accident then decided to watch the first season... personally preferred the second one more! go go yuriko<3

Dada Jun 29 2015 6:24 pm Pretty disgusting and awful how they replaced the great Kou Shibasaki with a younger, more annoying actress only because they thought she was too "old." I only watched the first episode and when Utsumi was gone, so was I!

Az Mar 16 2014 10:33 pm I like the new actress much better. She is much smarter than the original actress and refreshing instead of annoying. I would have liked to have received the Geranium-ep1 (a clever gift). Very good show.

According to Wikipedia, his Isaac is played by Yuto Marick Yasuhara.

Hitomi Jul 11 2013 9:39 am Does anyone know who the handsome black actor is who examines the bodies and runs the lab, and gives reports for the police?

His Japanese is flawless!

dipta May 27 2013 10:56 am awsaaaam! i love Masaharu san. he played great in the episode 1 his playing is just awasaaam!he at last discover the reason of the cult leader . that is amaaazing!

Tera May 24 2013 12:35 pm Well...i prefer season 1 compared to his...Kou shibasaki is more suiable for he main role....ii prefer her than yuriko...yuriiko seems overbearing playing the character although the character is almost similar to kaoru usutsumi but yuriko characer make me feel uncomfortable....prof. masabu should also tone down his character in his season...it seems more arrogant than the last one which make him become just too proud rather than eccentric....but the plot is magnificient as always...of course this is the second season and it should be different bu i can't help my self......subconsciously, i compared the two seasons...huhu

tsukirinc May 22 2013 2:41 am glad to see that fukuyama is back! but after watching 3 episodes of season 2, i believe it's not too judgemental that i still prefer kou shibasaki as the lead actress. yuriko yoshitaka doesn't seem befitting for the lead role though...