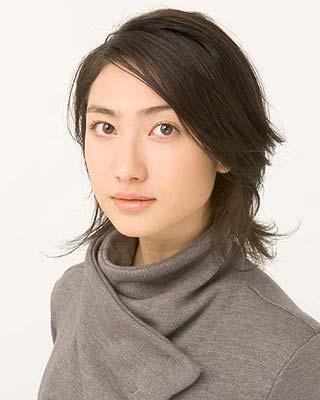 Born in Kanagawa on February 16th, 1987. Yu Kashii spent her childhood in Singapore. She started her career as a model in 2001, and soon started working in TV drama and TV commercials before appearing in Water Boys, a TV drama that led her to her film debut with Lorelei: The Witch of the Pacific Ocean in 2005.

nurbazla91 Aug 31 2013 9:37 am Wow~another drama series to look forward to. And Nagase Tomoya is the main actor. Can the news get any better? What? It's airing on October? Best news ever!! I've missed you Kashii Yu.. I wish you'd appear more in Nobunaga no Chef. Can't wait to watch Kurokouchi next! =)

Nameless Passerby Sep 22 2012 6:14 pm Beautiful flawless queen. She should be the female lead in other dramas too. I wish there was more of her in Soumato Kabushikigaisha. I was hoping they would dedicate a whole episode to her character but it never happened. :-/

Keiko Sep 15 2012 11:45 pm I really love her in Yukan Club. She was princess-like and beautiful in her own way. When she slapped Yuri in eps 2, I was so happy because it shows how much she loves her friends..well,like me! Don't start talking about eps 6 because that is like the best episode ever! She was so cute with Yuya~I really hoped they could be together in the end. She wears a lot of Kimono in this drama and she looks stunningly beautiful in them. She's the perfect model for Kimono because she has that traditional look.

Farisya Sep 15 2012 3:07 am Kashii Yu is so talented and versatile, she can act on any role given to her. She was given a different role in each drama that she acted in. You can never get bored of her! She also likes to change her hairstyle in almost all the stories, it's so fascinating!! :D

Daisuki Sep 13 2012 9:01 am Kashii Yu married on 16th February, the same birth date as her husband and herself. ^_^ She is such a mature actress, getting married at such a young age. I am so envious of her. If only I could see the picture of her son. I wonder how he looks like? Odagiri Joe or Kashii Yu? He'll surely be good looking though! ;)

Jun Noriko Sep 08 2012 2:56 pm I'm so happy Kashii Yu is back in the acting world. Soumatou Kabushiki Gaisha is still airing and I am already hyped up with the upcoming drama, Osozaki no Himawari. Great to have you back, Kashii Yu ^^, Love you! <3

Sherry Kudo Jan 31 2011 3:00 am ...I stand corrected... I've watched an episode just now and found out that Kei Tachibana (portrayed by Yu Kashii) of Linda Linda Linda was originally a keyboard player but was forced to be the guitarist since nobody would play the guitar for the band Paran Maum... ...that's the reason why Kei stood up as a guitarist of the band throughout the series (and also a second vocal, I guess)...

non sibi May 04 2010 4:03 pm Does she go to acting school like her husband? So she has a formal higher education and not only rely on her physical beauty. She is still young, you go girl....