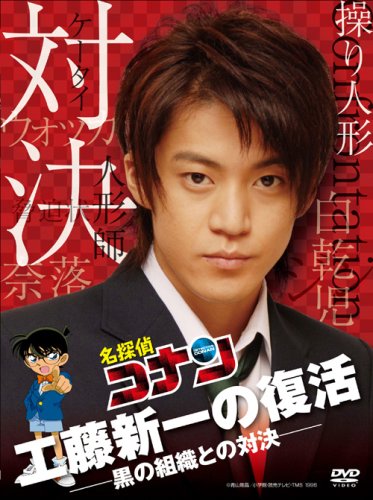 Conan is living in the home of his old girlfriend Ran, who doesn't know that Conan is her former boyfriend Shinichi. They go to a hotel where a beauty pageant is being held. The winner of the pageant is being blackmailed. At the reception, Conan eats some cake that makes him sick, but when he recovers he finds he has been restored to his old self, Shinichi Kudo. He starts investigating the blackmailing, which seems to be the work of the Black Organization, but the winner is killed.

They look really suited for those two roles.. and they are kawaii!!

Kashii Yu Fanpage admin Aug 30 2012 7:27 am Kashii Yu was perfect as Haibara! Can't imagine it becoming any better than that ^_^