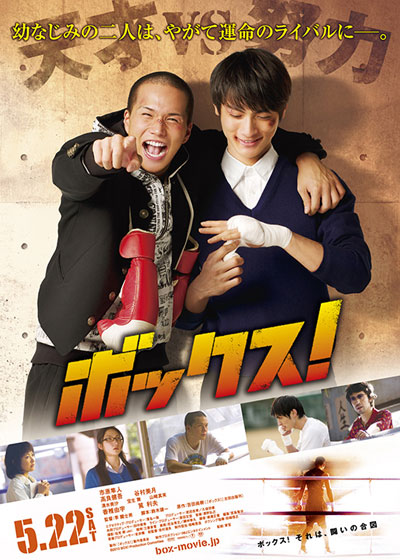 Set in a high school boxing club in Osaka, Kabu (Hayato Ichihara) is a likeable delinquent who cuts up during classes, but works masterfully in the boxing ring. Then one day on the subway, Kabu takes out three thugs who are harassing a young couple. When Kabu gets off the train, he realizes that the man being harassed is his childhood friend Yuki (Kengo Kora), who moved away several years back. To Kabu's delight he learns that Yuki has now moved back to town and is now attending the same high school as Kabu. A few days later, Kabu insists to the timid Yuki to join the boxing club. After much badgering upon Kabu's part, Yuki finally decides to take up the boxing gloves. Although Yuki is completely new to the sport, he does train with earnest determination.

Meanwhile, a local boxing tournament takes place with Kabu easily going through his opponents. That is until the championship match when Kabu faces the highly feared boxer named Inamura (Suwa Masashi). To Kabu's surprise, Inamura knocks out Kabu. The loss devastates Kabu and he quits the boxing club. Yuki, on the other hand, stays in the club and trains as diligently as ever. When Kabu finally rejoins the boxing club, Yuki and Kabu both train for the next tournament to take out Inamura, but Inamura has a surprise for the two boxers ... 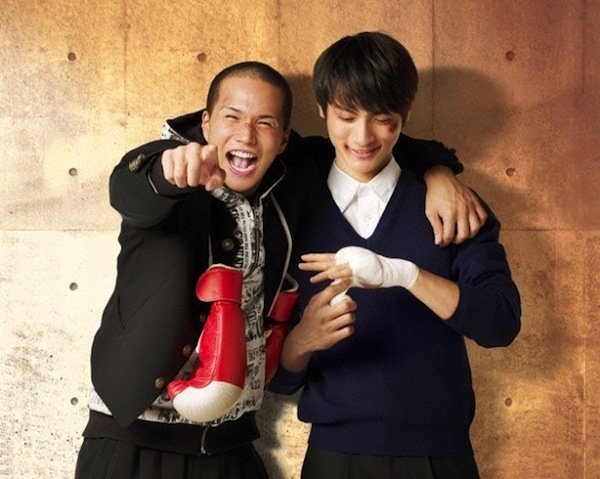 ganjar Nov 23 2012 11:04 pm I am a teacher. This movie can help me show my students that talent alone is not enought, neither is hardwork. We must have both to achieve something. A talented boxer can lose. A hard-working boxer can lose. However, what is important is that if we fall, do we get up strong and do better?Or do we just lie down and whine? Thumbs up!!!!

Watched "Box!" at this year's PiFan festival with director Toshio Lee appearing after the screening and doing a Q&A. First off, I didn't have high expectations for the film ... even though I really enjoyed Toshio Lee's "Detroit Metal City". I guess I have seen a lot of boxing films and didn't think this that could anything new to that sub-genre. Well I was wrong. "Box!" isn't a game changer in boxing films, but it's an incredibly well done film with highly unexpected turns of events that keeps you guessing. Cheers to the main actors, especially Hayato Ichihara who never performed better. The fight scenes were all done believably and I recall Toshio Lee explaining that the final round in the final fight was shot in one take. The actors were told if any mistakes occurred to keep going (I didn't see any mistakes). Also Toshio Lee mentioned that bad boy boxer Inamura, played by Suwa Masashi, is a real life boxer. That dude kicked some ass in the film. Anyways "Ping Pong" is still my favorite Japanese sports film of all time, but "Box!" makes a strong 1A candidate. Highly recommended - check it out!