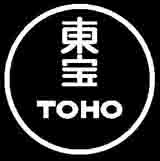 Toho Company Ltd. is a large Japanese independent film studio. The company was founded by the Hankyu Railway in 1932 as the Tokyo-Takarazuka Theater Company. During the 1950's, the company opened the La Brea Thetre in Los Angelas to bypass American distributors and show its movies in the U.S.. The company also opened a theater in San Francisco and New York.