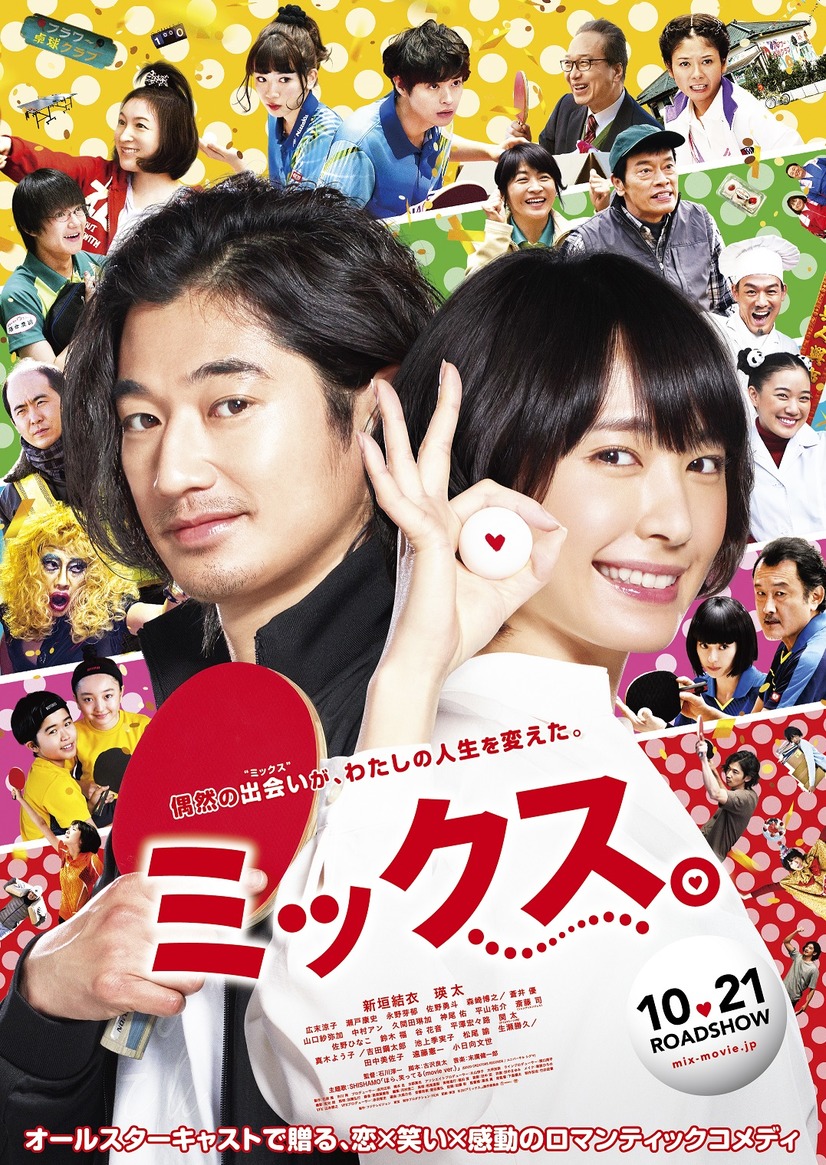 When Tamako Tomita (Yui Aragaki) was little, she received strict table tennis lessons due to her mother. Back then, she was known as a table tennis prodigy. After her mother's death, Tamako Tomita lived an ordinary life. Now, she is 28 years old and works at a company. Her boyfriend Akihiko Ejima (Koji Seto) is a member of the table tennis club at the same company, but she gets dumped by him for new employee and tennis table club member Airi Ogasawara (Mei Nagano). Tamako Tomita is devastated.

Tamako Tomita goes back to her hometown. The table tennis club run by her late mother looks moribund. There, she meets Hisashi Hagiwara (Eita). He is a new member and was dumped by his wife and daughter. To get revenge on her ex-boyfriend and to help revive her late mother's tennis table club, Tamako Tomita decides to take part in a mixed doubles table tennis tournament. She teams up with Hisashi Hagiwara.

Doiremi Jan 23 2019 8:59 am I love this movie <3 plus I got an extra surprise that 2 of my most favorite Japanese actresses are together in this movie Mei Nagano and Yu Aoi.

Sumire Jun 19 2018 6:03 am This is soooo good. TBH Yui always has chemistry with her partners. After watching NigeHaji I thought I'd never find something equally as good for rom-com stories but wow this is gold as well. The cast is also great!

Artendou Jun 04 2018 5:24 pm Still like to watch gakky after all this year... Wow this movie worth to watch... How can table tennis become romantic drama comedy like this.. i love it...

FromPHwithlove May 18 2018 1:03 am And I was right. After 6 months of earnestly waiting, I've watched it. Sugoi! Sugoi! Sugoi! I want mooooore! T_T I love how they made table tennis into a romantic-comedy movie like this. I totally ship Gakky and Eita T_T please make another movie or something please T_T the cast is GEM!! they were all so good. Seto Koji's voice is music to my ears. And Yu Aoi, not too much screen time but super hilarious in her role. 100% RECOMMENDED!!

janekieyhshi May 17 2018 9:43 am this movie has a great cast. perfectly well selected. the movie gives me chill... Japan is the only country who makes ping pong movies dramatic and hilarious at the same time.

FromPHwithlove Nov 06 2017 3:45 am I can feel this is an amazing movie! Eita and Gakky. Phew! Will definitely watch this!

kaia Jul 26 2017 3:03 pm I love Yui Aragaki and Eita. This should be fun. I like Kenichi Endo too. Byplayers should get more notice.