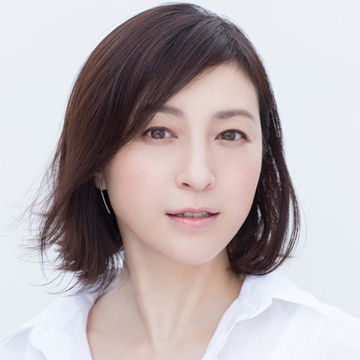 Ryoko Hirosue is a popular actress and also former pop singer. Ryoko was born in Yokohama, Japan and grew up in Kochi City. She has one sister. Ryoko Hirosue married fashion model Takahiro Okazawa in 2003 and divorced in 2008. Ryoko Hirosue then remarried Candle June in 2010. The couple has one child from their marriage (born March 22, 2011) and Ryoko Hirosue also has a son (born April 10, 2004) from her first marriage. Ryoko Hirosue's cousin from her mother side Kazuya Mimura is a former member of the House of Representative in Japan.

ace Feb 17 2015 10:12 pm I honestly cannot heap enough praise upon this actress's talent to do her justice. Personally, I like her comedy best, but she is equally adept at playing pretty much any character in any genre. I was surprised at how much of her work I have seen and liked. And yeah...kawaii.

Marcel Apr 04 2013 4:53 pm Damn, ryoko is the prettiest and most beautiful woman in the world. I love her since I have seen the movie "wasabi" I wished she was my wife, I would be so happy ^_^

I've just seen "Wasabi" and was wondering how was she 11 years after that movie, and the result is: So Beautiful!!!

All the best for your future.

L'Tiffa Aug 16 2010 1:50 pm Since i saw her in TV drama Shotgun marriage (Dekichatta Kekkon), im idolized her. I Like her eyes, look likes its pure. LoL