College of Our Lives 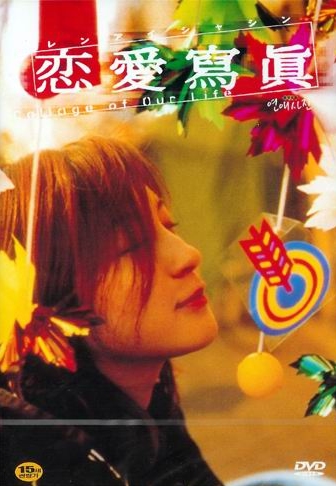 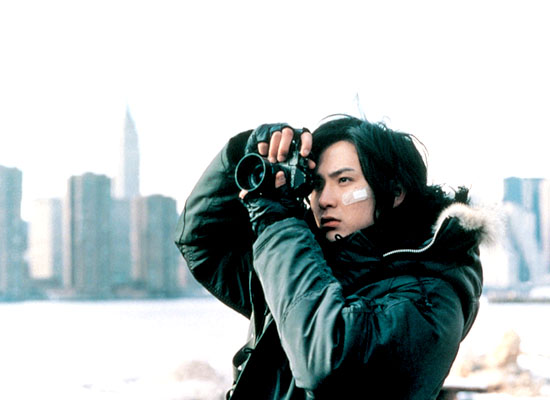 Collage of Our Lives
TOKYO

Makoto Segawa is a pretty hopeless commercial photographer. Hating to compromise his artistry, his work is often rejected by the trite concerns of his commerce. One day he gets into a fight with an ad. exec. throws caution to the wind and decks the client with a punch.

Out of work, his world is thrown into complete turmoil by the arrival of a letter from his ex-girlfriend, Shizuru, his first love from his student days...

Back then, Shizuru was "the" girl on campus. She seemed to know everyone, flirted with many and was chased by most. Then there were the rumours about her affair with her professor. Makoto, on the other hand, was a poor nobody harbouring dreams of becoming a professional photographer.

After a chance meeting, Shizuru asks Makoto to take a picture of her. They grow close, and eventually become lovers. A small rainbow at a water fountain, soap bubbles in a laundromat, a blinking traffic signal, a bright balloon caught on a wire... Makoto's mundane world becomes filled with small wonders. Regaining his passion to capture every moment of life, he launches himself back into photography.

Shizuru's mother passes away. It turns out she is the illegitimate child of the professor who she is rumoured to be sleeping with. It's a revenge ploy on her part. She confesses everything to Makoto and he glimpses beyond the strong front she has maintained to protect her mother. Shizuru's strength of will, refusal to pity herself and thirst for revenge against the professor's dishonesty, inspire him. For the first time in her life she allows someone near. They grow closer than ever and she moves in with him.

Graduation looms to interrupt their student idyll. Shizuru, having taken up photography to share something with the reticent Makoto, receives recognition in a photo competition. Makoto is bewildered by Shizuru's achievement. Unable to face up to his own shortcomings, he picks a fight. They end up separating with Shizuru extracting a promise from the sulky Makoto that he will come for her when he has fulfilled his dream of becoming a professional photographer.

That was all three years ago. The promise still not fulfilled, Makoto has been scraping together a living but every day has been a compromise of his vision.

Then comes the fight with his client. He breaks his camera, fractures bones in his hand and is on the verge of turning his back on everything.

At this point he learns that Shizuru was killed in New York, a year before. It makes no sense. According to the letter, things were fine. not only was she taking loads of pictures, she also invited Makoto to a private exhibition at an exclusive gallery. The postmark is only a week old.

Makoto leaves for New York to find out what the hell is going on. With Shizuru apparently on her way to success and Makoto at rock-bottom, theirs is sure to be a fateful encounter. It's time to deal with unfinished business. 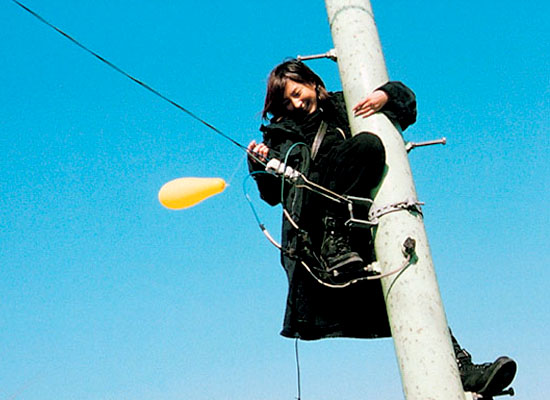 Collage of Our Lives
NEW YORK

He begins his search. After being mugged he is taken in by a benevolent drug-dealer. With this guy's help he finds Shizuru's apartment and learns from a Japanese friend of hers that she has apparently left for a photo tour of Mexico. Her room is full of fabulous pictures of the people of New York and life on its bustling streets.

However there are contradictions that he can't figure out. It seems that Shizuru's claim to be holding a private exhibition might be a fiction concocted to scam money from unsuspecting benefactors...himself included.

He decides to puts his faith in her and continues to help putting on the exhibition in her absence. Almost without thinking, he resumes taking photographs. Inspired by her example, his feel for the small wonders of life is resurrected and through this process he aches for Shizuru's presence in his life once more.

He continues to pursue the mystery of Shizuru's whereabouts. Vital clues on an old roll of undeveloped film lead him and his drug dealer buddy to a place where the murder of an unknown Japanese girl is rumoured to have taken place some months before. No sooner do they begin their investigation when shots ring out!

When the smoke clears, Makoto will have all the pieces of the puzzle in his grasp and a knowledge of Shizuru's fate. She is indeed dead but he couldn't have imagined the culprit in his wildest dreams.

With Shizuru gone, he resolves to leave New York. Taking a last look over her apartment, he is dumbstruck to see Shizuru standing before him. "You've finally kept our promise. I waited a long time... You said you'd come for me when you made it as a professional photographer." She smiles. "Thank you... Makoto." And with these words, she is gone.

As Makoto heads through the airport to catch his plane for Japan, a stranger stops him. It seems that the exhibition went ahead without him thinking any further of it. In a fated case of mistaken identity, it seems he is credited with taking Shizuru's photographs.

Stalled for a moment, he is faced with the decision to right the misconception or pick up her life where it left off. In a testament to their love, he makes the most natural choice and binds their identities together forever. Shizuru and Makoto become one, at last.

jejejeh Nov 18 2015 11:40 am I love this film. makoto and shizuru inspired me to learn more about photographie. arigatou.

syam Apr 15 2011 7:59 pm I like the tatto in this movie, a tatto in Japanese that in Indonesian means "Membeli Jeruk-Jeruk" (buying oranges)

And the rainbow and a rainbow made ​​by cola cans

photo89 Jan 10 2010 8:25 pm this film was amazing. a fully thought out and exceptionally written film (a plot, beginning, middle, climax and a touching ending) that only a drama can reach. the actor that portrayed makoto (ryuhei) is dedicated to his performance of this mixed emotional character filled with the uncertainty of his future in the photo industry. the actress that portrayed shizuru (ryoko) -- also amazing and dedicated to her role -- brought out the happiness, joy and sadness of shizuru. i highly recommend this film for those either a fan of photography or ryuhei and ryoko - a must see. 5 stars.