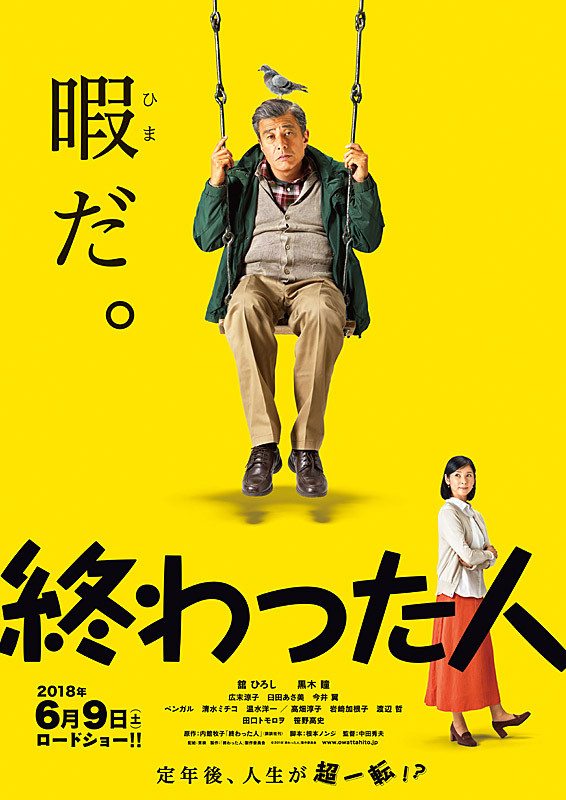 Sosuke Tashiro worked at a major bank (Hiroshi Tachi) and was on his way up careerwise, but he was transferred to a subsidiary company and is now retiring. He feels like his life is over and he doesn't know what to do next. Sosuke Tashiro decides he wants to work again and it doesn't matter what kind of work it is, but he realizes it's not so easy for him. He meets a person and the meeting changes his fate.