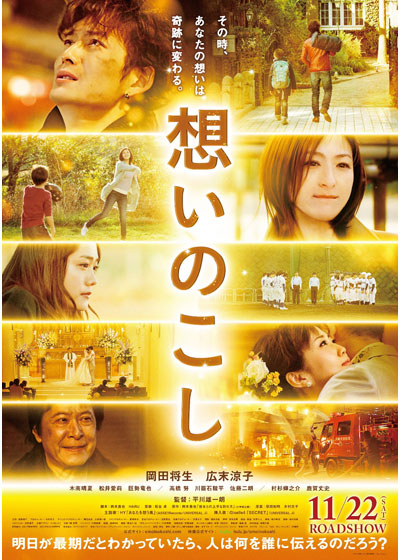 Gajirou (Masaki Okada) is a self-centered man who only thinks about money and women. One day, he is hit by a car, but luckily regains consciousness. Gajirou tries to track down the driver of the car, but he learns the driver of the car died as well as 3 pole dancers. Gajirou is dumbfound by the situation. Then something more amazing happens. Four ghosts, who died in the car accident, appears in front of Gajirou. They ask him to carry out their last wish and tells him if he does so, they will give him a large amount of money that they left behind. Gajirou decides to carry out their last wish and, while doing so, experiences personal changes in himself. 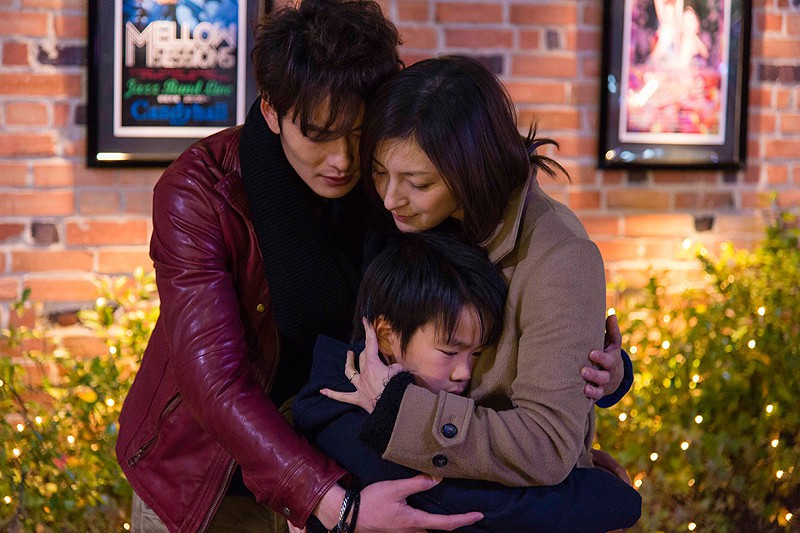 Aya Oct 29 2016 11:23 am This is an absolutely adorable movie. It was cute, it was warm, it was funny and it also had some sad scenes as well. I really enjoyed watching it.

way Nov 13 2015 4:01 am Just saw the movie.. ryoko hirosue is one of my fave actress, she's still great in this movie, all of the cast are.. although the story and plot is somewhat simple and quite predictable, the movie still has a lot to offer.. some scenes are tear-jerking and some are hilarious.. i enjoyed this movie..

Minhee Oct 31 2014 3:03 am Masaki in a wedding dress? pole dancing? wow.. this is interesting! can't wait for the movie to release. this is gonna be awesome!

elena May 31 2014 10:05 pm Hi, i wish that Masaki Okada come visit central america, Honduras. I am such a big fan, i love the way he act, hes gorgeous, he is not my favorite asiatic actor but the best i ever know. I love asiatic movies, and whenever he appear in one i get more obsessed with it, is my biggest confesison! i love asiatic people!