Snow On The Blades 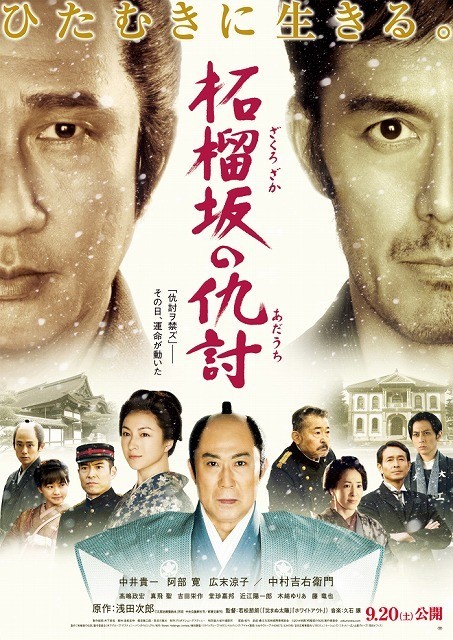 Kingo Shimura (Kiichi Nakai) serves his lord Naosuke Ii (Kichiemon Nakamura), but Naosuke Ii is killed by ronins from the Mito Domain. He is not allowed to kill himself and receives a secret order to exact revenge. Kingo Shimura travels for 13 years to find the last enemy. That person is a samurai named Jyubei Sahashi (Hiroshi Abe). 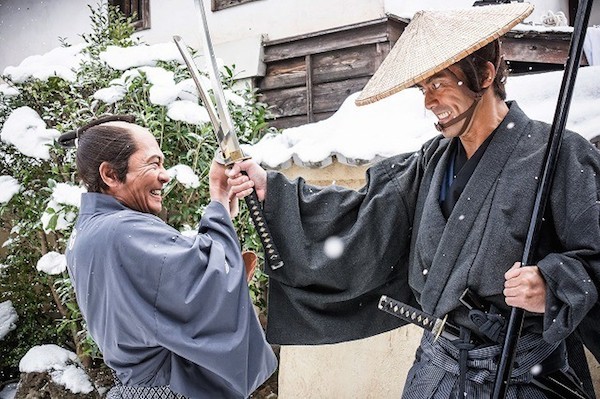 But, there's an even greater one on the same JAL flight - "A Samurai Chronicle". A must-see!

Doug Evans Dec 04 2014 9:18 pm Saw this fantastic film on the return flight from Japan Dec 3rd Am looking forward to its European release

Mike Warr Nov 22 2014 11:17 pm Another of the stand out films of JFF 2014 Sydney and this film was outstanding. Yes, it was about the assassination at Sakura Gate. But it is so much more than that. The description does not do this film justice. Sorry.

This film is set in the Era of Meiji, and while the samurai is on his quest for justice for the assassins of the former lord, Japan is undergoing it's modernisation. This is the back drop to the story and the film eloquently depicts the clash of the old school of traditionalism against the new school of modernisation and constantly questions the boundaries of evolution and revolution.

It is a fascinating story in its own right with a back drop of Japan in transition. The whole piece was wonderfully crafted and sculpted into a masterpiece of cinema. Truly Outstanding piece.