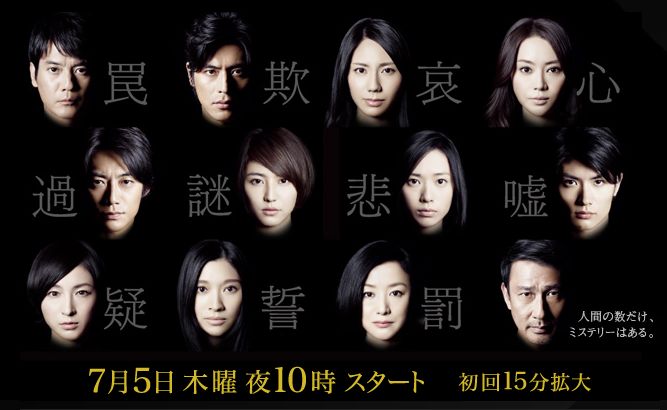 "Amai Hazu Nanoni" - Nobuhiko Nakagawa (Takashi Sorimachi) lost his daughter in a mysterious accident and is agonized by the traumatic event.

athin Jan 08 2013 11:58 pm It's completely twisted at the end of the story. The truth is they love each other but cannot be confessed to, their hidden feeling lead to a dead of someone causing someone to think guilty over not her fault. Such a sad story! Tragic love triangle!