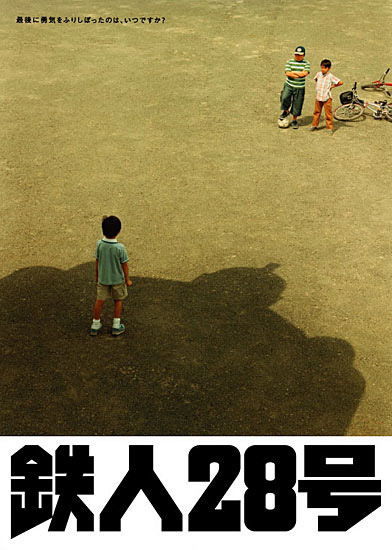 Shotaro Kaneda (Shosuke Ikematsu), our hero, is a normal boy who lives alone with his mother, following the mysterious disappearance of his scientist father. The pair move around a lot because of Shotaro’s mother’s job as a cooking instructor, and Shotaro is having a hard time adjusting to life at school, but no more than an average, slightly maladjusted kid. One beautiful sunny day, a ferocious giant robot called Black Ox appears and begins destroying the city, endangering many inhabitants including Shotaro’s mother. As it turns out, Shotaro’s father and grandfather both worked on a World War II-era project with the goal of creating a giant robot. Tetsujin-28, the final prototype, is now the only force capable of stopping Black Ox (if we’ve learned anything from anime, it’s that you fight fire with fire, and giant robots with giant robots), and Shotaro is now the only one capable of controlling Tetsujin-28.