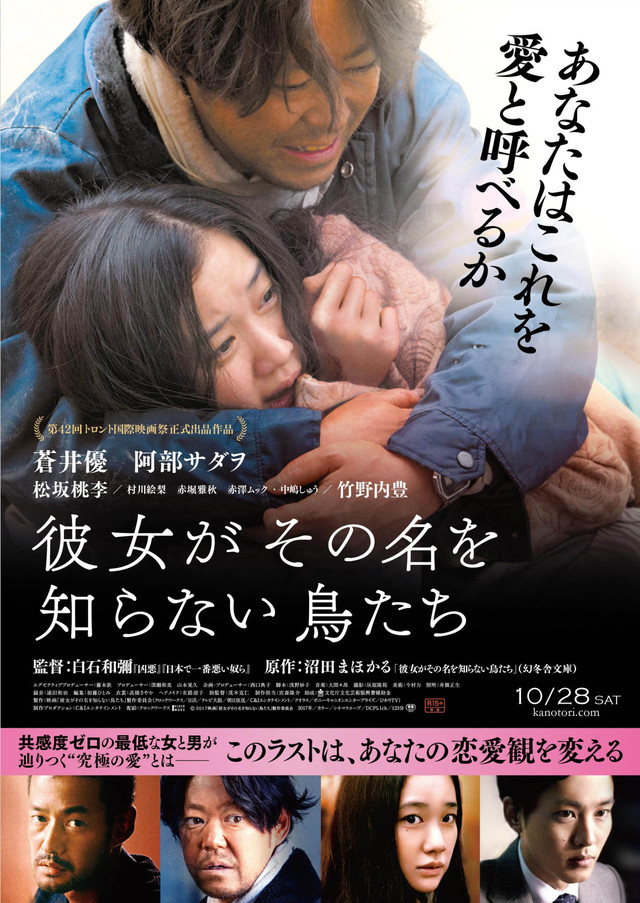 Towako (Yu Aoi) still can't forget Kurosaki, even though they broke up 8 years ago. She now lives with a man named Jinji (Sadao Abe). Jinji is 15 years older than her. Towako hates Jinji who is poor and vulgar, but she lives with him because of his wage. One day, she meets Mizushima who has wife and kid. He reminds her of Kurosaki. Soon, she is in an affair with Mizushima. A detective visits Towako and tells her that Kurosaki is missing.

astiny Jun 07 2018 2:42 am this ending are so touching!!..i cried thinking how pure jinji love to towako....but i still dont get it why this movie has to end like this...why jinji choose that way??!!...its a very nice story and perfect acting from all actors. highly recommended!!(adult viewers only)

Leslie Sep 17 2017 7:59 pm I watched this at TIFF. I loved it and so did the Toronto audience. Eri is in a short sequence, but I was struck by her acting and refined looks. I wish she had long hair. In any case, a powerful film that will stay with you.