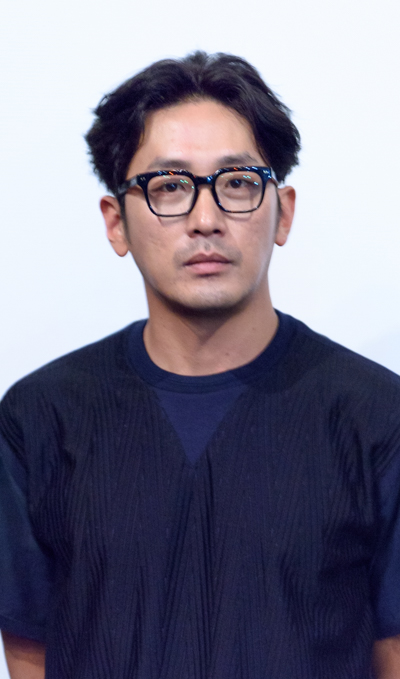 Ha Jung-Woo (born as Kim Seong-hun on March 11, 1979 in Seoul, South Korea) is a popular and award winning South Korean actor. He came from a family of four, including his mother, father, and one younger brother. Jung-woo's father Kim Yong-Geon is a well known actor, who has appeared in many movies and television series, while his younger brother (Kim Yeong-hoon) is an aspiring actor. Since Jung-woo was 4 or 5 years old he has always dreamed of becoming an actor like his father. As a young adult, Jung-woo did not want to major in acting, but wanted to pursue acting as a career. His mom then suggested to Jung-woo to take up acting in college and even took him to a management company. Before entering college, Jung-woo enrolled at a private acting institute and at one point had actor Lee Beom-Su as his instructor [1]. Ha Jung-Woo then enrolled at Chung-Ang University as a theater major. While at the university Jung-woo acted on the stage.

In 1998, Jung-woo started his military service, working in the Armed Forces Public Relations Department. He put his acting experience to good use during this time, appearing in 10 promotional films for the military. In 2002, Jung-woo made his acting debut in the SBS sitcom "Honest Living" (Ddokbaro Salara) and his feature film debut in the 2002 film "Madeleine." For the next few years, Jung-woo's acting career was relatively low-key, appearing in several supporting roles, but not receiving a lot of attention. Things started to change in 2005. Ha Jung-Woo signed with talent agency Sidus HQ and with their recommendation changed his named to "Ha Jung-woo" from Kim Seong-hun. Jung-woo would also appear in his first starring role in the the indie film "The Unforgiven" - a film centered around the relationships between military personnel. Jung-woo would then appear in Ki-duk Kim's "Time" & "Breath," which would bring more attention to Jung-woo's acting talents in Korea and overseas. During this time, Jung-woo also starred in the popular MBC drama series "H.I.T" - portraying Jae-yoon Hah, a prosecutor who is romantically involved with police officer Hyeong-jeong Ko (played by Hyeon-jeong Ko). Jung-woo's portrayal of Jae-yoon Hah garnered the attention of many female fans. Jung-woo also appeared in the American indie film "Never Forever," which garnered praise from the film festival circuit.

Jung-woo's next major role came in the 2008 serial killer film "The Chaser." The movie became a hit at the Korean box office, raking in over 5 million ticket sales, while also garnering high praise from critics. Jung-woo's performance as the psychopath killer in "The Chaser," brought shivers to many audience members, while also elevating Ha Jung-Woo's status as one of the most sought after actors working in the Korean film industry. Since "The Chaser," Ha Jung-Woo has been working virtually non-stop for the next two years, appearing in films like "My Dear Enemy," "The Moonlight of Seoul," "Boat," & "Take Off." Ha Jung-Woo plans to work once again with director Na Hong-Jin ("The Chaser"), for his next film "The Yellow Sea". "The Yellow Sea" is expected to start shooting in December and will take 5-6 months to complete.

bbibbi Apr 02 2021 7:04 am I've watched The Handmaiden and both Along with the Gods movie years ago but didn't recognize him. Recently i'm exploring more k-movie and realize he is one of South Korea A-list actor. Watched the Chaser and Tunnel but dangg Assassination brought me here to say that now i'm a fan!!!! Looking forward to Suriname, Hwang Jungmin and him in one project?? Couldn't ask for more :")))

daebaking Aug 17 2020 1:47 pm Awesome actor. Love him so much especially the chronicle of merchant blood.

Watched his movies 4 days straight. And in between i also researched bout his profile. Omgggg i love him since d 1st movie i saw. Im now a south korean movie fan specifically Ha Jung Woo. Saranghae?? No thanks to my male buddy who invited me to watched d movie at the cinema for this rerun.

Nooraa Mar 10 2018 10:04 am He deserves Oscar and all other movie trophys as a best actor, really impressive and charismatic actor) love him

Jo Feb 20 2018 9:58 pm Brilliant Actor with a very impressive resume. What a list and so many of my favs especially Along With the Gods, The Handmaiden, Assassination, Kundo and a brilliantly done Berlin File...WOW! there are still some I haven't seen but would definitely watch anything Ha Jung-Woo is involved in. He is on my Top 10 List

JJW GREATEST FAN Aug 04 2016 8:21 am @KHS GREATEST FAN yes yes yes! for now i want to see KHS & JJW in one movie together!^^ and i heard that Ha jung woo is the director of his next movie project 'Korea town' and he plans to get Lee Kyung Young, Jo Jin Woong, Ma Dong Seok to be in his film.

Aria Mar 28 2016 7:04 am My most favorite actor. I hope he will have a movie with Kim Hye Soo in the future although it might require a big budget because they are the two most sought after by koreans in the movie industry.

Chloe-USA Feb 06 2016 6:44 pm Watched Kundo...your portrayal of Dol Moo Chi..is heartbreaking and incredibily sincere in his desolation, anger, and tenderness...you fight like a tiger with a tender heart...you capture your audience and give them quite the emotional ride. Have watched you in so many projects and juist love watching you no matter what role..Bravo for your performances.....Big Fan!!!

camry Sep 05 2015 3:01 am Love this actor. Brilliant and unique.. I do shipp him with Ha Ji Won. There is definitely something there that's just so different from all the others.. Both are truly versatile actors

iimman Mar 30 2015 7:13 am Enjoyed almost all of his movies, specially the client and the terror live. Great actor!!

Uni7 Sep 26 2014 2:02 am Ha Jung Woo is very capable and versatile actor. It'll be great to see Park Shin Hye works with him in his future projects. Joa!

sarah Mar 02 2011 5:11 pm I have recently begun to watch Korean films. My daughter and I just watched The Chaser, or Chugyeogja, it was amazing! It kept me on the edge of my seat and I actually felt a little breathless!! I am already wanting to watch it again.