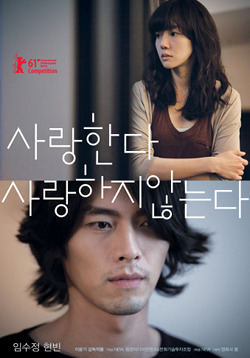 Over the course of a day, "Come Rain Come Shine" depicts a married couple as they prepare for their breakup. The woman is set to move her stuff out that day. The man, unable to articulate his true feelings, lends a hand. What are the couple's true intentions? Will they break up? 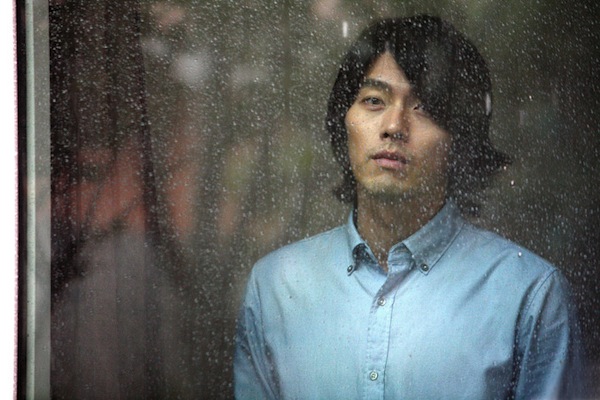 Hyun bin fan Dec 14 2021 12:05 pm Great and realistic movie albeit non traditional. The silence and nuance movement will move you. Seems like a drama inside a drama. If you like a typical breakup movie don't watch this. It will bore you to death. However if you want to see something different that can be true in breakups this is a movie for you. Hyun Bins character in this movie is a person who loves the other person so much that he is willing to sacrifice so that the other person will be happy. The mood and cinematography blended well with the topic. Not all breakups ended with everyone being broken. A fresh different perspective on breakup movie ?

AidaMorden Apr 03 2020 4:12 pm I am a film lover bordering to being a film addict, but mostly of Western movies. Forced to stay home due to Covid 19 lockdown, I was 'forced' to watch 'other films', to be specific, Asian films. I accidentally flick on Crash Landing on You, and my oh my, fell in love with Hyun Bin. Nope, never felt head over heals with any actor in my 60 years of living and give or take 40 years of watching films. So I desperately searched for more Hyun Bin films, anything at all … after watching and rewatching CLOY 11 times.

Come rain come Shine, put me back in my normally repose state. It put a break on my panic-ridden efforts to fill out my emptiness in this 'voluntary' solitary confinement while affirming my initial impression of the visual perfection of Hyun Bin. This film deserved to be in any and all international artistic competition and win. It is penetratingly painful, the depth of which is mostly internal. You do not cry when in deep pain because the tears are inside. Full of symbolism, concrete and yet spiritual, realistic and yet beset with imagination of an impending tragic relationship and offers irritating hope of a possible reconciliation. The couple is exceedingly boring and yet full of sensitivity towards each other. Honesty is painfully executed by the wife and the abnormally 'pathetically objective' response of a husband scorned. All scenes bordered on 'calm and storm' toying with our extreme emotions of how we as humans react in the face of rejection. It plays with death and life and therefore of living. We are enraged by the lethargy of husband's 'unfeeling' and of wife's 'cruel honesty.' In the end we felt life as we felt death.

And of course, I truly love Hyun Bin, the blessed human being devoid of arrogance amidst the consciousness of his physical perfection. He is a stand alone actor but surprisingly, his image is often bolstered by his connection with equally blessed actresses and unfortunately for them because each time they lift him higher than themselves. And in a fictitious world of movies where the reality of competition is on a par with politics Hyun Bin stands the winner.

Jinjoo Jan 14 2020 11:11 pm I didn't expect this movie to be so dull, i only watched bc of Hyun Bin & I liked LSJ in I'm sorry i love you but this movie was slow, i cld hardly see the handsome face of HB, story happened maybe 2 days, one when they were driving and one when they were at home! it's a waste of my time but HB as always a delight to watch! i don't recommend this movie

Stephanie Nov 25 2016 3:30 am I watched this many years ago because I loved Hyun Bin. Yes, it is a very slow movie, but the symbolism to me ran deep. It's one of those movies I watched when my then boyfriend was away, and I was alone at home. I cried, and I really enjoyed it. It's not fast paced, and to be honest it's very real. It's what happens when you love someone, and then you loved someone, and then doubt sets in.

The ending to me, shows that the wife is considering staying and trying again

I recommend this movie!

Deeman Aug 25 2016 5:54 pm I've never reviewed a Korean piece of entertainment ever. This would be my first after years.

This movie was about the most lackluster movie I've probably seen. Maybe 14 lines of words actually said. The great thing? It uses blank scenes of them just starring into mid air or smoking as a way to be symbolic. Don't watch -- unless you want a nice nap ;)

yoonhee Aug 23 2014 9:29 am i love the movie.. lim soo jung and hyun bin portrayed their characters really well. i was really speechless when the it ended

ddd Dec 11 2013 12:27 pm haven't seen this movie, and i tend to like symbolism, but i get the comments below me.. sometimes those type of movies aren't entertaining. i believe hyun bin was trying to get more serious parts as an actor so he chose those.

Dianne Jan 27 2013 10:46 pm Well ... I tried to like this movie because of Hyun Bin. Try as I would, though, I guess I'm not a person who enjoys dark, foreboding, movies with a lot of symbolism. I enjoy being entertained. Is there some reason why his last two films were so dark -- dark and somber plus dark without light?!? I wish him all the best in his films after the Korean Marines, but I'm hoping they will be a bit lighter :)

Donna Lynn Nov 05 2012 12:39 pm What is particularly moving about Hyun Bin is that he acts what he "wants" to act in. He doesn't follow status quo just to make a buck. I think this show was filled with symbolism and I love the open ended ending, which by the way I usually DESPISE..we can come up with our own conclusions. Sometimes I do wonder if the writer knows or just left it unknown even within the writer's own self. Hyun Bin is poignant, amazing, and yes can be catastrophic (in a compelling way) with every work he does. Come Rain, Come Shine is a film to be reckoned with. It is now in my collection of favorites.

kimnana Nov 22 2011 7:41 pm we cannot please everyone with the movie "come rain,come shine".people do have different opinions.either they would like it or not.whats important was the effort of all the cast of the movie to end with this kind of film, having it shown on a berlin film festival was already an honor. i had watched it twice already, and for me i liked it,why?,because the story really happens on real couples lives.it was nice.it was kinda slow,yes,but i was able to feel the story. -looking forward for hyunbins drama series and movies after he's released from his military service.

layla Oct 15 2011 12:03 am without those critics, how can he possible to be better..just think of it that way...I am a fan of him too..but it wont hurt him when there are lots of critics or negative responds from viewers who watched his movies or dramas instead it will make him stronger n more creative in expanding his actions abilities..so ..fighting K.T.P.!!.there are still lots to learn since acting is quite a hard job actually..

Jami Sep 16 2011 8:10 pm Why are people always hating on him? A Millionaires First Love was one of the first 5 movies i watch when I got into Korean culture. I loved the movie even though it was sad. I"ll be waiting along too with everyone one else for him to finish his service. I'm looking forward to more of his movies. I'll be looking for this movie to watch because I know I'll like it and I'm sure to make you cry as well. Hyun Bin is a great actor^^

anyeeM229 Aug 23 2011 11:29 pm movies like this had always seemed a little too peaceful for me. but i very much enjoyed this film. i adore the leads, and the movie contains few characters but the leads. the intricate details in the actors' every expression and movement are incredible. this film is extremely enjoyable if you park yourself solid in front of your computer for its entirety and get into the story. it'll make you "aww" all the way till the end.

Ki Mar 08 2011 8:19 am Having read a lot of negative reviews on early screenings of "Come Rain Come Shine" I did fear the worst prior to watching the movie here in Korea. After watching the movie I can understand why the movie turned off a lot of people - the film is slow, emotions tucked away and the narrative is minimal. With that said, I actually found myself enjoying the movie more as it progressed and by the half way point in the film became absolutely drawn into the world of these two people who are spending their last day together prior to their breakup. Questions that I wanted answered kept popping into my mind "Why is Hyun-Bin's character so withdrawn?" "Will Lim Soo-Jung's character have a change of heart by the end of the day?" "Is Lim Soo-Jung the villain or victim? "Will Hyun-Bin ever blurt out something heartfelt to save their relationship?"

The movie takes place over a one day period, kind of like director Lee Yoon-Ki's prior film "My Dear Enemy" but this time around the movie takes place entirely in the home of Hyun-Bin's character. I think you can say the house is symbolic for Hyun-Bin's character, visually the house is immaculate & sharp, but inside empty and with leaks occurring. Note when Lim Soo-Jung has difficulty in closing the sliding glass door, Hyun-Bin has no problems whatsoever shutting the door to the outside world.

Visually - I found the movie a little too clean and at times looked like a coffee commercial, but I guess this reflects the personality of the male protagonist. I did really get into the underlying emotions of the two main characters and felt that was drawing the card of the film.