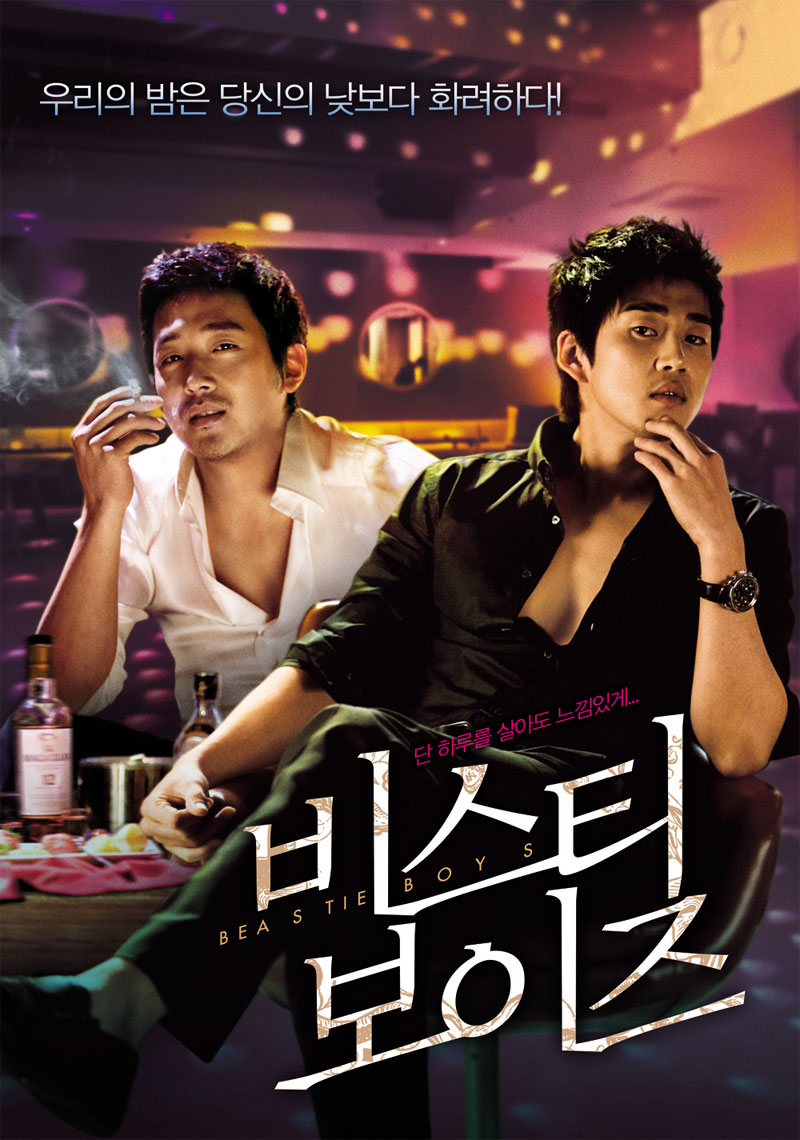 Seung-Woo (Yoon Kye-Sang) once led an affluent life, but is now relegated to serving female customers at a host bar - a job that dangerously flirts with male prostitution. When his encounters with Ji-Won (Yoon Jin-Seo) develop into more than just a customer-host relationship, the realities of his job get in their way. Meanwhile, his PD - i.e. male madam - Jae-Hyeon (Ha Jung-Woo) falls into a life of regular drinking, gambling and cheating which causes inescapable predicaments. 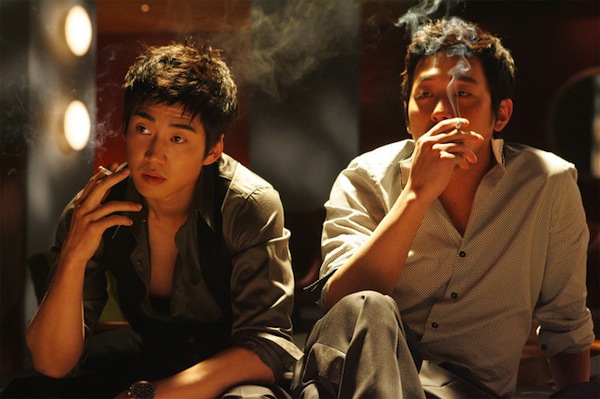 Ki Feb 11 2009 4:32 am “The Moonlight of Seoul,” gives you an up close and personal view into the host bar scene. The movie is also bleak, filled with characters always intent on making the wrong choices. Lensing is done without any fancy trimmings often having the look of a documentary. Soundtrack is minimal, occasionally having mood-inducing electronic music, but mostly opting for no music whatsoever. If all these factors doesn’t scare you away, than you should check out “The Moonlight of Seoul.” The movie does offer a not-too-often look into the host bar world and also offers a strong starring cast.

In “The Moonlight of Seoul,” Seung-woo has just started his job as a host at a late night women’s bar. His job is to pour drinks and entertain the female patrons who are paying large amounts money for the drinks and food that are served. His PD (male madame) is Jae-hyun (Jung-woo Ha), an unscrupulous scam artist always looking for an angle. Although Seung-woo came from a once affluent family, the demise of his family’s wealth leads Seung-woo on a downward slope, eventually landing him under the tutelage of Jae-hyun.

Seung-woo then meets Ji-woon (Jin-seo Yun). Ji-woon herself works as a hostess and came with her female friends to Seung-woo’s bar for fun on their off night. Something then clicks between Seung-woo and Ji-woon. Jae-hyun warns Seung-woo not to get involved with customers, but Seung-woo jumps into the relationship anyways.

For those unfamiliar with a host bar, it’s a popular destination for white collar folks looking for an expensive night out. Food and liquor are served, while ladies or men of your choice sit next to you and chat/sing the night away (I host once got stuck with a $700 bill but that’s a story for another day). About the only other recent Asian film I have seen set within this world is the Hong Kong film “Whispers and Moans.” Interesting enough, both films depict some patrons at male host bars as being female hostesses looking for a place to vent their anger on their day off.

The appealing list of actors featured in the “The Moonlight of Seoul” is a strong drawing card for the movie and they largely deliver. Jung-woo Ha makes his first appearance since his head turning performance in “The Chaser”. This time around, Jung-woo Ha plays a slimy grifter as effortlessly as he does a serial killer in “The Chaser.” Jin-sun Yun follows her impressive performance in “A Good Day to Have an Affair” and her not so impressive performance in “Someone Behind You,” by giving another strong performance as a prostitute with heart. There were a few moments where more histrionics could have been given, but it seems to be Jin-sun Yun’s trademark to give that low keel type of performance. Gye-sang Yun, the lesser known of the three main stars, certainly had no problems holding his own with his more recognizable co-stars. Gye-sang Yun was last seen in this year’s “Lovers of Six Years” and he did come off as a bit generic in that film. This time around, his character has a lot more depth and he is able to deliver because of this.

Main problem with “The Moonlight of Seoul” lies squarely with its script. The movie delivers in the first half, giving a fascinating look into the host-bar world while concentrating on the relationship between the two male protagonists. The movie then shifts focus in the second half to the relationship between Seung-woo and Ji-won. Unfortunately their relationship has an all to familiar feel and nothing unique to make their situation stand out. With this shift of focus, Jung-woo Ha also appears less in the second half and this makes Seung-woo & Ji-won’s dry relationship feel even drier.

When it’s all said and done, your left with mixed feelings with “The Moonlight of Seoul.” There’s some very good performances found in the movie and you’re also treated to a compelling depiction of a part of Seoul that’s not often seen in films. On the flipside, you’re also left with the feeling that the movie should have been even better. The movie seems dragged down by a romantic relationship that lacks any fire and a script that seems headed for loftier planes but settles for average. If you do like adult orientated drama’s than check out “The Moonlight of the Seoul” anyways. At least it stands out from its all too familiar peers.