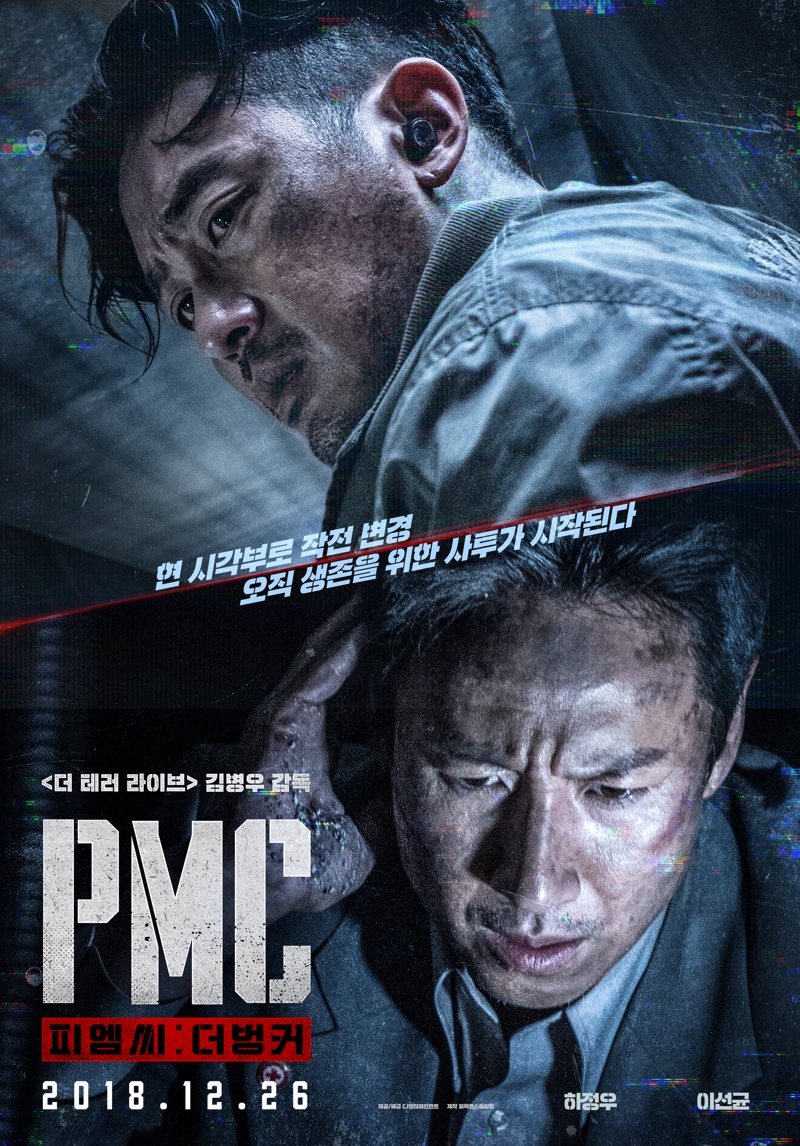 Under the tense situation between South Korea and North Korea, hired PMC (Private Military Company) attempt a daring rescue within an underground bunker.

Rara Sep 24 2019 7:51 am A great movie, indeed. Just watched it and felt like having heart attack on every scene. Worth your internet data and time watching this.

Amazing movie with an English and Korean audio track. Ha Jung-Woo has that “it” factor and with some work on his English enunciation, he could take “Hollywood” by storm, especially if he sticks to the more “polished” and “plausible” scripts/movies. The rest of the cast are recognizable (even if their names aren’t easily recalled) and delivered great support for this Ha (hero) vehicle.

For the record: This film felt eerily prescient!

Director Kim Byung-Woo laid down the gauntlet with this offering! Not only is this “my cup of tea,” if any movie, recently-released, has this much “gusto” wrapped in a plausible, future reality in the last year: “Name It!”

Kudos, Kim! Can’t wait for your next (similar) offering. You kept the movie just REAL enough to be plausible (at least by Hollywood standards), which was achieved here by setting events 6-7 years in the future (2023-24). Again, Kudos!

Can’t wait to get my (Physical Media) Blu-ray copy!

aycaca Jan 10 2019 9:32 am i really love Ha Jung Woo and so excited to watch the movie w my bf since he thinks its okay after he watch along with the gods (fyi he’s not into kpop things) but im so upset when the story lines is so unclear and messy. im so ashamed. im sorry everyone but this is just my opinion okay, relax. but im not ?

Shubha_indo Jul 12 2017 1:25 am Both great actors in same film, waiting for another good movie of Ha Jung woo