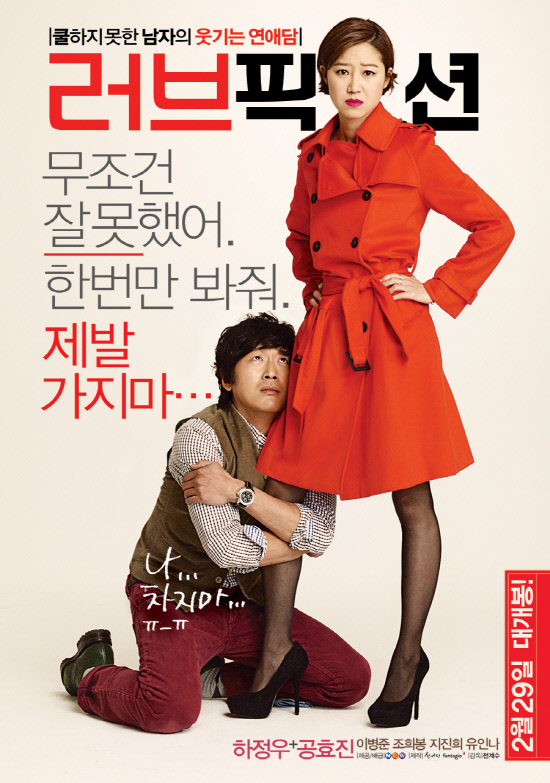 A writer meets an attractive woman and falls in love on first sight. Will there love last?

Ku Joo-Wol (Ha Jung-Woo) is a writer and a part-time as a bartender. He's currently working on his second novel, but stuck with a bout of writer's block. Joo-Wol then accompanies the president of his publishing company to Berlin on a business trip as a translator. On his last day in Berlin, Joo-Wool attends a party for movie industry insiders. Joo-Wool, bored with the party, steps outside to smoke a cigarette. A woman named Hee-Jin (Kong Hyo-Jin) then walks next to him and smokes a cigarette. Joo-Wol falls in love on first sight.

Back in Seoul. Hee-Jin finds a letter and a flower basket awaiting for her on her desk. Hee-Jin reads the letter from Joo-Wol and finds it funny. Meanwhile, Joo-Wol waits and waits for her phone call. Finally, Joo-Wol gets the phone call from Hee-Jin. The soon-to-be couple will meet for the second time ... 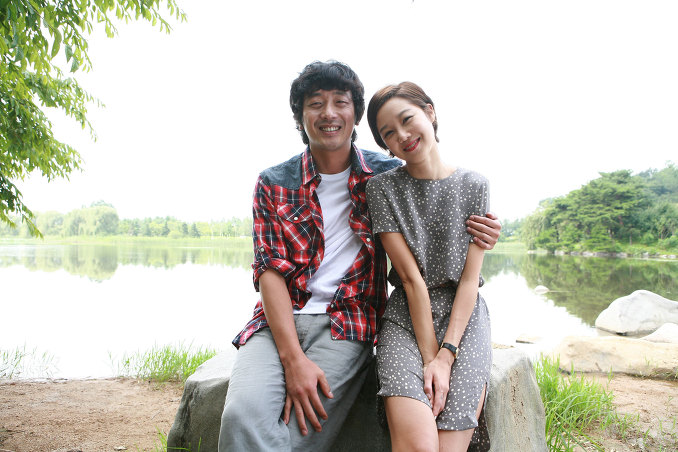 Michelle Feb 15 2021 8:06 am I love Ha jung woo.and Kong hyo jin as a couple. They are lovely and cute! The best korean movie i had watched.

Coconut_Jung Sep 30 2017 7:11 pm Eventhough I just watched the drama this year, i taught it was a very relatable drama. The actors and actresses did a really good job in acting their characters. But im curious about one person. Who was the the girl who played the drums? I taught she was very pretty.

Berliner Neukundengewinnung Oct 02 2014 10:28 pm I have fun with, lead to I discovered just what I used to be having a look for. You've ended my 4 day lengthy hunt! God Bless you man. Have a great day. Bye

dghdhdhgshdhd Feb 22 2014 6:59 am I really liked this movie. I can definitely recommend it. The movie itself was a bit too long but I took breaks to watch it. I really like the hints of feminism and questioning of typical expectations for females - Eliza, armpit hair is just as natural on women as on men and I don't really understand why it's something women shouldn't have - and that's the point. The social expectations of society, how the society tells women should be: hair free everywhere else but their head and not enjoying freedom and sexuality by sleeping with several men. And this film questions those assumptions among others. Also, the love story is different and funny, actually quite real and it deals well with the initial "honey moon"-phase in a relationship from developing into the boring mundane phase when you start to discover the imperfections in your partner. The ending was okay, but somehow I was left wanting something more, I don't know what. Still it was a very good movie!

Eliza Feb 22 2013 8:19 pm OMG I have never laughed so much at a film in all my life, I nearly wet myself laughing. Ha Jung Woo's performance is terrific. .HJW would make a great Inspector Clouseau with his dead pan expression - the same expression was used in"the film The Chaser" and he frightened the life out of me, so much so that I had to go and get a glass of wine before I could watch the rest of the film - was the quality which made his performance stand out. There is a scene where he discovers his girlfriend has underarm hair. His shock and horror when finding said hair really annoys his girl - what can a man do except comment on this unnatural hairiness which no woman should have.- well she decides to leave and he says,"Oh no, no don't go really I'm sorry, really, I love furry things, hats, animals, the mold that grows on cheese," I was crying laughing at that because he was so serous and earnest. there are pure moments of pure comic genius and everyone who starred in the film were excellent. I must say I don't think we have seen the best from HJW yet and I can't wait to see what he has in store for us......he is a class act...love him.

Ki Mar 02 2012 11:55 pm "Love Fiction" will likely raise the interests of many Korean cinema fans due to the pairing of actor Ha Jung-Woo and actress Kong Hyo-Jin. For Ha Jung-Woo he gets a chance to kick off his shoes a bit and play a lighter role, while, Kong Hyo-Jin gets to put on some lipstick and slip into something sexier (at least compared to her recent roles).

The movie itself starts off with a bang as Ha Jung-Woo and Kong Hyo-Jin's character first meet in Berlin, while taking a cigarette break from a party held during the Berlin Film Festival. Once they get back to Koera, Ha Jung-Woo sends her a note and flowers and he waits for her call. And waits for her call. When he does get that call, the movie soon hits its high notes as their romance first blossoms.

Around this time you literally feel their excitement. Lots of smiles ensue and it's just plain fun watching these characters as they become more familiar with each other and their idiosyncrasies like being a vegetarian or having hairy arm pits.

When the couple's relationship hits rocky waters, the movie itself starts to lag. I know it just wasn't myself either, as the lady sitting next to me was laughing out loud during the early portions and around this time started to fidget with her cellphone. Without giving away major spoilers, the story doesn't go down the path of typical romance films or set itself for a typical fairy tale experience. On the one hand, it does lend itself to being more honest or portraying aspects of relationships not shown as much in cinema, but on the other hand, it hinders the film's ability to keep up the "interest quotient" that was brought out in the early portions of the film. The side schtick with a "film within a film" setting was just ok.

Fortunately, the movie does close out on a high note and leaves the viewer with a favorable impression. Yet, with that promising start and impressive cast, I did feel wanting a bit more. Compared to a movie like "My Dear Enemy," "Love Fiction" doesn't have that close introspective feel to make the movie's more mundane moments feel meaningful and the movie's comedy element has its moments, but it's also quite mild for its genre. I liked the film. You'll probably like the film. Doubtful though anyone will love the film.