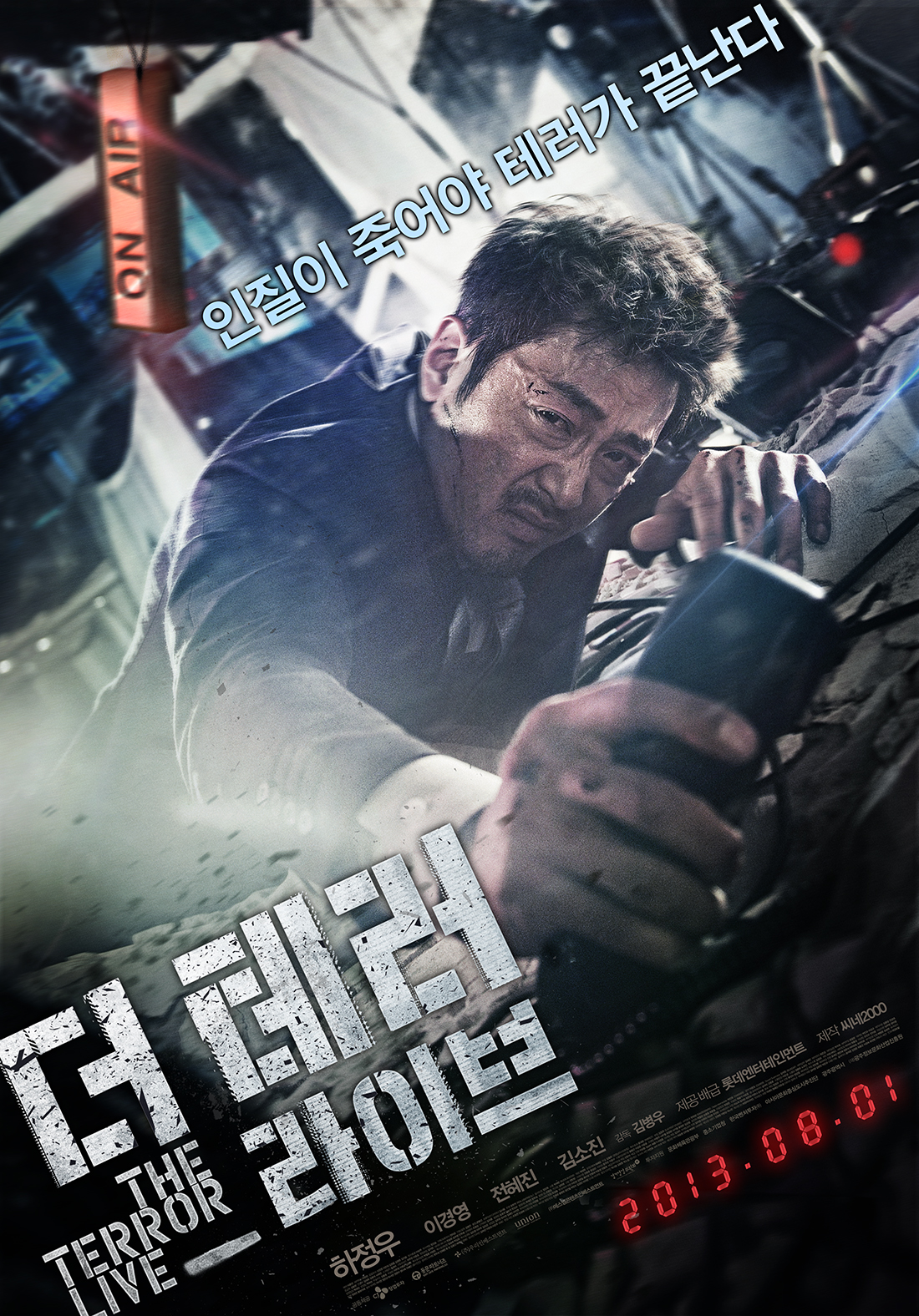 Yoon Young-Hwa (Ha Jung-Woo) is a former popular TV anchorman, but due to an unsavory incident now works as a radio show host. One morning, a listener calls in to his radio program and declares that "I will blow up the Mapodaegyo Bridge." At first, the call is taken as a joke, but soon Yoon Young-Hwa realizes it is very real. The Mapodaegyo Bridge, which can be seen from the radio station office, suddenly explodes.

As the sudden terror happens in real time, Yoon Young-Hwa decides that this incident could be his ticket to work again as a TV anchorman. He decides to broadcast a live interview with the caller on TV, but first he makes a deal with news bureau chief Cha Dae-Eun (Lee Kyoung-Young). Meanwhile, the caller asks for more than 2.1 billion wons from the broadcasting station and also an apology from the South Korean President. The caller also informs Yoon Young-Hwa that he is wearing an explosive.

He only wanted an apology.

Akiaki Jan 30 2018 10:13 am This is seriously good!!! I actually like the ending, if it had an epilogue, my guess is that thousands of people will die and the people's opinion will be reversed, resulting the government's lost. Dunno how to explain it but that's actually better for me so yeah, I liked the ending!!!

scarlett Apr 30 2016 9:03 pm I feel so frustrated after finishing watching this movie but I understand why it ended the way it did

lila May 13 2015 1:59 pm This movie is so great. I cried in the middle not because the movie is sad, but I was sooo irritated by all responsible people who do nothing but mess. I personally recommend this movie.

Sely Tha Apr 02 2014 8:19 am The transformation when he was in radio broadcast room until when he faced the camera as a news anchor makes me surprise. I can imagine how news anchor and its crew are working... recomended to watch

Matt Oct 01 2013 7:50 pm When some one searches for his vital thing, therefore he/she desires to be available that in detail, thus that thing is maintained over here.

IN Aug 16 2013 5:46 am One of the best Korean films that i ever saw in my life so far.... it was FANTASTIC, it thrilled me with the main character's acting as well as this well-written script. Made me think about this 'korean society'. This film basically showed a society with this small studio setting, never leaving the place, within only about 2hours.