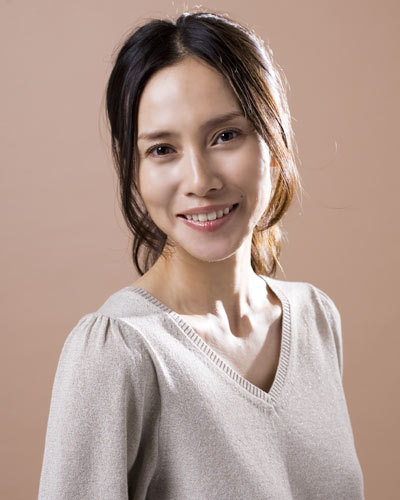 Miki Nakatani (born January 12, 1976 in Tokyo, Japan) is a Japanese actress and singer.

Miki Nakatani began her professional career as a member of a singing group "Key West Club". In 1993, she began appearing in television dramas and commercials, and then in 1995 made her film debut in Toei's "Dai shitsuren".

In 1996 she released her first single, "Mind Circus", on For Life Records with production by Ryuichi Sakamoto who produced and often wrote music for her subsequent albums and singles. Her most recent music release was the single "Air Pocket" in May, 2001.

In January 1999, Nakatani appeared both in the hit TV series Keizoku, as Jun Shibata (reprising the role in the 2000 Toho movie version "Keizoku: The Movie"), and in the horror film sequel Ring 2, having worked with its director Hideo Nakata previously on the mystery-thriller film Chaos. She won the Japanese Academy Award for Best Supporting Actress for he role as Nui in Shochiku's "When the Last Sword Is Drawn" (2003).

She was cast in the co-starring role of Hermes in the hit Japanese movie "Train Man: Densha Otoko" (2005), based on a popular TV series, partly due to her resemblance to the real-life pseudonymous Hermes as described in the originating non-fiction book, Train Man: Densha Otoko, by Nakano Hitori.

sly Jul 03 2009 8:21 pm She had a fantastic character in the film Memories of Matsuko and she delivers very well.. A must watch film of her.. great actress indeed..