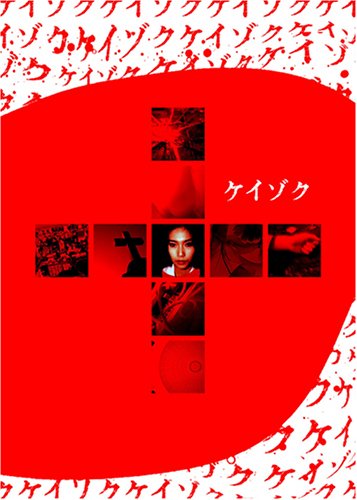 "Keizoku," unfolds in the present, beginning in the dimly lit basement office of the Metropolitan Police Office's Criminal Investigations Section One, which is charged with pursuing "pending" (keizoku) investigations -- i.e., cases that everyone else has given up on.

Nonomura and his problems suddenly drop off the screen, however, with the appearance of an ethereal young woman called Nanami Kirishima (Koyuki [no last name]). Nanami is anxious to solve the mystery surrounding the deaths of her mother and her father, a wealthy developer, who perished in a shipwreck 15 years ago.

At the time the police suspected that one or more of the seven survivors might have had a hand in it, but lacked proof -- and so put the cases in their "pending" file. Now Nanami has invited the survivors to a reunion on the tiny island she calls home and, conveniently, they have all accepted. Won't the police help her narrow the list of suspects and nail the perpetrator(s)? Shibata and Mayama (Atsuro Watabe), a tough, short-fused cop who has less than the highest respect for his new boss, agree to go along on this unconventional ride.

The suspects, among whom are a snarling yakuza, a fat, drunken architect and a crass middle-aged female tarento, are cardboard cut-outs that would fit comfortably into a Clue game, while Nanami's island, with its pseudo-Gothic castle and its various colorful legends, are lifted from the more lurid horror manga.

Naturally, the guests begin dying one by one in horrible ways. Nanami, who has a huge grudge against her parents' former shipmates, as well as a command of what seem to be supernatural powers, is obviously responsible.

Meanwhile, Nonomura receives a phone call from one Asakura (Masahiro Takagi), a former friend of Mayama's who raped his sister and then supposedly committed suicide. Now he is back -- and after Mayama and Jun for his own nefarious ends. Also, Asakura is no ordinary homicidal maniac: Like Nanami, he has the ability to cloud men's minds.