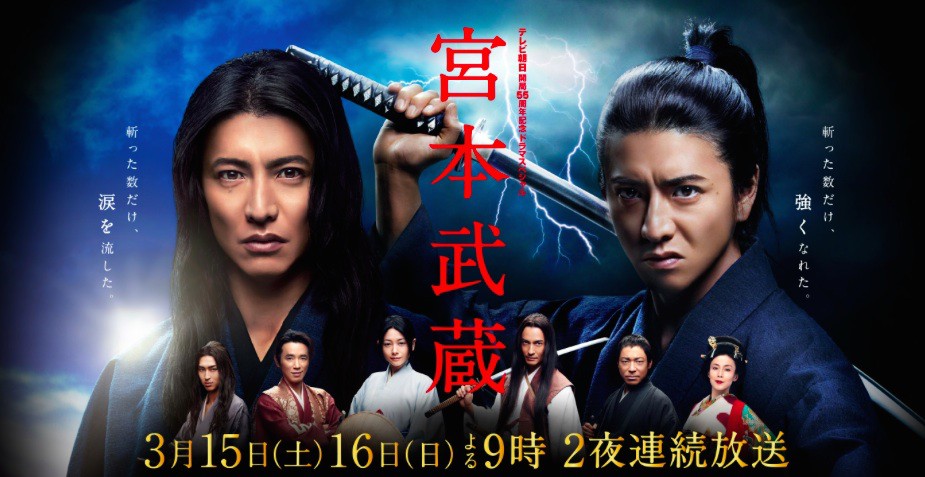 Musashi begins to travel for warrior training. He meets many masters of the sword and grows as a person.

Eri Jan 01 2017 4:18 am Noooooo go further back from manga!! It's adapted from an extremely famous novel from the 1930s by the famous author Yoshikawa Eiji about the famous swordsman/author of the Book of Five Rings and is called Musashi. It has been around long enough that you can read a compressed version of the novel in English (the original is super long and was first a serial).

Ben Oct 02 2014 2:28 pm An example of a movie that perfect in all aspects, but became a disaster product because of blunder by hiring a delusion story writer and empty-headed director. Saw many version of Musashi movie and read many source of Musashi novel. This one had great combat scene, but had disintegrate in storyline. The Conclusions... a garbage movie with good actors.