Thirty Lies or So 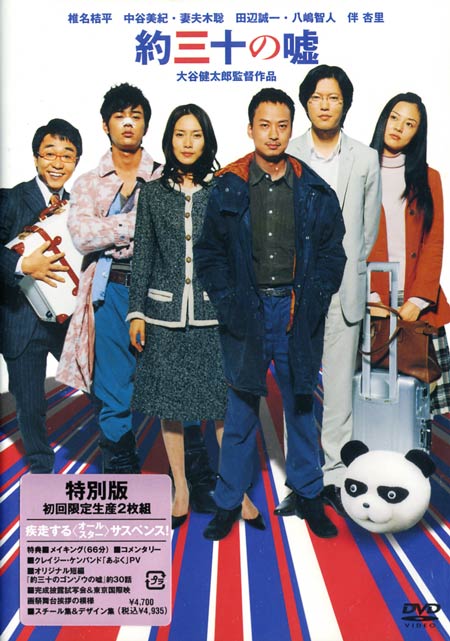 Based on a play by Hideo Tsuchiya, "Yaku Sanju no Uso" has the same sophisticated, witty angle of attack as Otani's "Avec Mon Mari" (1999) and "Travail" (2002), films in which intimate enemies stripped away each other's masks to amusing and revealing effect. But the jokes in "Yaku," which may have tickled ribs when delivered from the stage, fall dead on the screen. The audience I saw the film with at the TIFF screening was, in the immortal words of Lenny Bruce, like an oil painting. The silence was so deafening I began to listen for anything resembling a snicker or chuckle (it certainly wasn't coming from me). After an hour or so I finally heard a laugh that sounded oddly angry -- a why-have-you- waited-so-damned-long-to-be-funny laugh.

One problem is that Otani makes little effort to widen the action beyond the gang's compartment or otherwise break the trance of the constant talk-talk. Another is the lack of tension or stakes -- no one is threatened with anything more than a put-down. By the end of the gang's interminable trip I was hoping for anything -- a card trick -- to break the tedium. Next time, I'll book the sleeper. -- Japan Times