Butterfly At The Ganges River 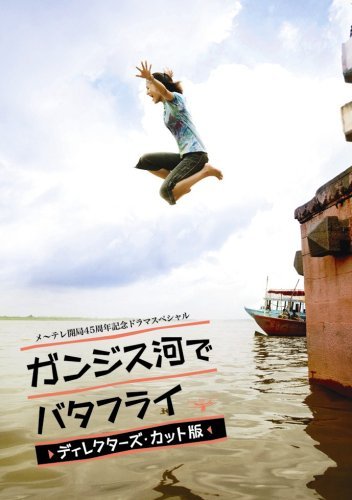 Nagasawa Masami plays the protagonist, Teruko, a third year university student. She comes across as a forthright and sunny girl but is in truth a rather timid person. She's also the sort who easily gets carried away and does things impetuously only to regret her actions later. Influenced by her older brother who has taken to wandering the world, Teruko too hopes to make her own journey one day but she lacks the courage, content to live the life of a normal university student ... However, she's also plagued with the insecurity of having done nothing she can be proud of in her lifetime, and mustering all her courage embarks on a solo trip to India ... While in India, she meets a fellow backpacker, Shingo, played by Takashi. Teruko first regards Shingo as a frivolous person but as his encouraging words clear her hesitation and touches her, she falls in love with him. Then, Teruko plans to head to Bodh Gaya to see India's biggest festival but Shingo ... ...