You've Got Someone to Come Home To 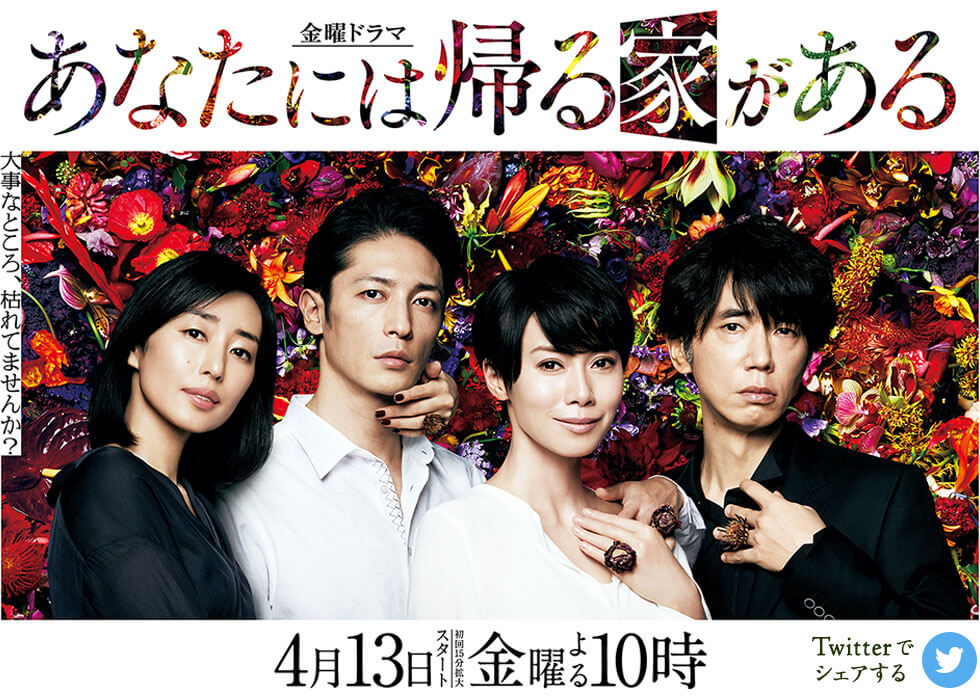 Mayumi Sato (Miki Nakatani) has been married for 13 years to Hideaki (Hiroshi Tamaki). They have one daughter who attends a private middle school. She has a hard time managing the family's budget due to her daughter's tuition fee and other expenses. She then makes the decision to work again for the first time in many years. Hideaki doesn't take the family's tight budget as seriously and he is uncooperative about doing housework. Mayumi is not happy with Hideaki’s attitude.

Around this time, Taro Nasuda (Yusuke Santamaria) and his wife Ayako (Tae Kimura) visits a model house by a housing company where Hideaki works. Hideaki becomes attracted to Ayako.

Zoe Sep 28 2019 9:59 am Amazing plot and good storylines. Can't believe that woman is so thick-skinned trying hard to get Hideaki. Good lessons to learn for those happily married men, don't fool or cheat around with other married women. She doesn't give a shit to her husband even he stops her from flirting around with him. She is insane, prefer to take over his wife position. Seeing the high-rates viewers above proves this drama is worth to watch.

Cal Jul 28 2018 10:36 am T'was a good watch. On top of the amazing story delivery, Tae Kimura definitely gave me chills throughout her on-point acting. Overall I really enjoyed the show ^^