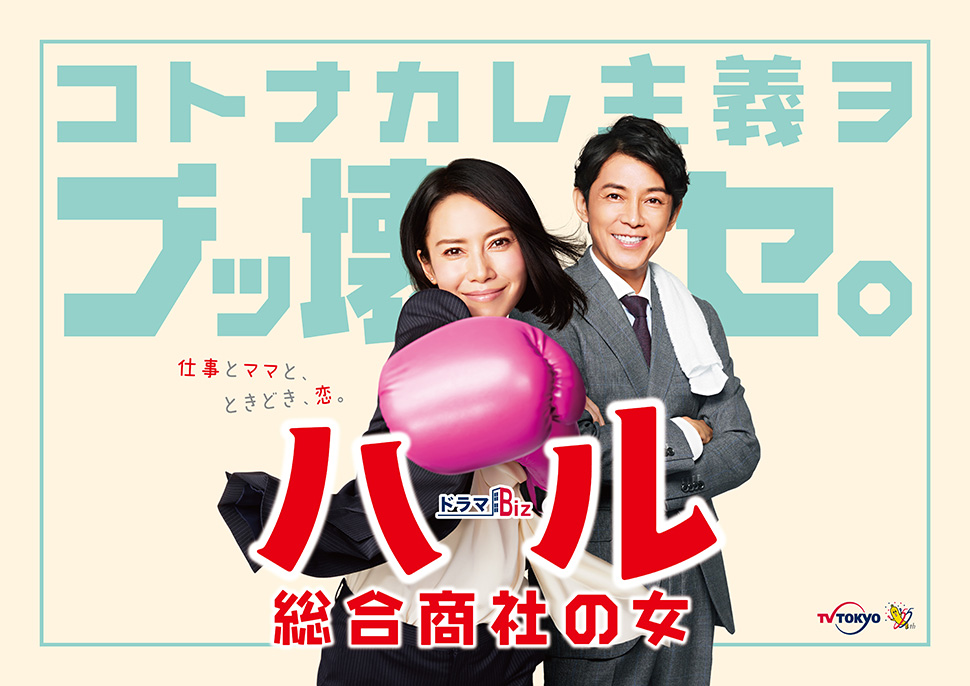 Haru Unabara (Miki Nakatani) is a single mother and a career woman in the United States. She is successful at her job. One day, the CEO of a general trading company in Japan scouts Haru Unabara for his company. Haru Unabara accepts their offer and returns to Japan. There, her ex-husband Hisashi Wada (Naohito Fujiki) awaits for her. They divorced 10 years ago and Hisashi Wada is now her new boss. Haru Unabara faces various problems at her new job, but she wants to work pleasantly and solves problems with her own ways.

Kayla Sep 17 2020 5:01 am I just thought about it now, but didn’t the two leads work together before in the “It’s Not That I Can’t Marry” show? (Sorry I cant remember the full title lol)

wayer Sep 13 2019 8:13 am Wow.. looking forward to these. I hope they make it mature, adult theme drama. Like Nanako's Natsukira.. i enjoyed that. Naohito, I hope he is still dashing as back in the hey days :)