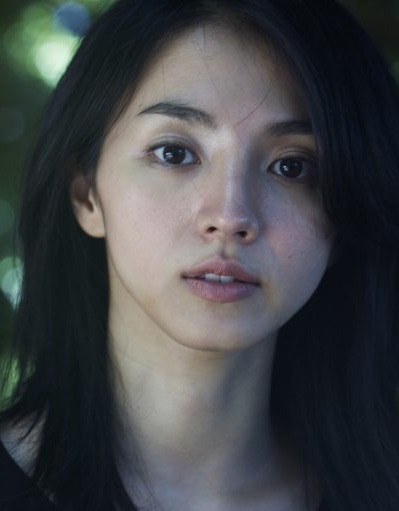 Hikari Mitsushima, born on November 30, 1985 in Okinawa, Japan, dreamed of becoming an entertainer since she was a child. She took acting lessons in Okinawa as a child. In 1997, at the age of 12, she first entered the entertainment world by joining 7 member boy & girl pop group "Folder". During the same year, Hikari gained her first child acting role in the kaiju film "Mothra 2: The Undersea Battle".

Three years later, the two boy members left the group "Folder" and the now all female group became known as "Folder5". The group would continue as "Folder5" for for three more years. After "Folder5" disbanded, Hikari who put her acting dreams on hold for her music career, started high school. In 2003, while Hikari was still in high school, she resumed her entertainment career as variety program assistant on Tokyo MX TV. She also worked as a gravure model during this time.

Hikari Mitsushima would gain her big acting break in 2009 with Sion Sono's critically lauded film "Love Exposure" (Ai no mukidashi). Hikari's performance as the tough but frail Yoko gained her attention from critics and fans alike. She received numerous "Best Newcomer" and "Best Actress" awards from her in "Love Exposure".

Ari Aug 09 2022 8:35 pm Beside as being so pretty, she has beautiful and pleasant voice to hear when she speak. You can hear her in her new dorama, mirae e no 10 count with takuya kimura.

juergen.indonesia Apr 02 2012 6:18 am first time i saw her is in Death Note first name, i really love her cute face, and then in Death Note Last name, but i sad i not see her in Death Note L:Change the World :(, and then i search in google, and i found her in here, and i really love her acting so i watch almost all her movie, i kinda din't like when she kissing with sakura ando in Love Exposure , but in that film her acting is perfect,, i din't like her in Kakera too.

but over all she is perfect!! and maybe "kanojo wa watashi no maria! (she is my maria!)" -honda yu (Love exposure) hehehehehe...

i want to be actor and director, i hope some day i will play a role with her or invite her to play in my film (^_^)

Rob Aug 11 2011 3:25 am Stunning acting and stunning to look at. Would love her to broaden her career into acting roles outside of asian cinema. She is very talented and has a very exciting future ahead of her. And there is a more beautiful woman on earth I have yet to see her.