Woman: My Life for My Children 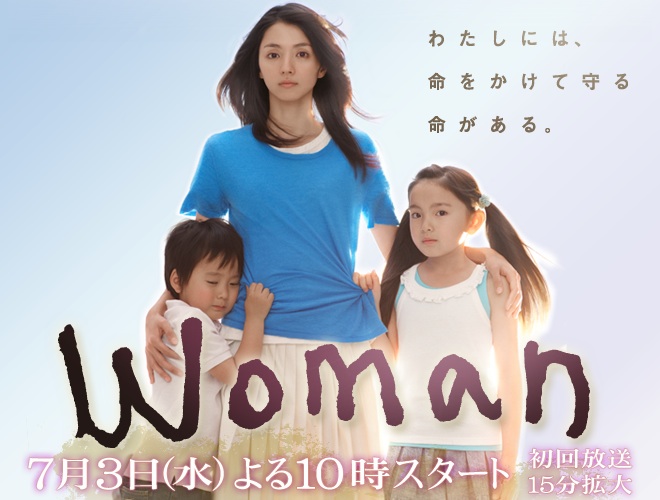 Koharu works hard to make a living, but her financial situation does not improve. She goes to the social welfare office to apply for assistance, but is refused due to not meeting certain requirements.

An employee at the welfare office asks Koharu if she has family that can support her, but she says no. Koharu's father passed away and her mother Sachi (Yuko Tanaka) left her and her father for another man (Kaoru Kobayashi) twenty years ago. They have been estranged since then.

An employee at the welfare office then contacts Sachi. Her mother makes it known she will provide support for Koharu. Meanwhile, Koharu is stunned by her mother's response. After twenty years, Koharu decides to meet her mother again.

yoichi franck Jun 04 2020 11:06 am the same director the same writer i am sure this dorama will be as goos as Mother

Tanuki Sep 19 2013 3:02 pm It's a wonderfull drama I just finish to see with my japanese wife. But we are not OK with the end. Cause the book, she thinks Aoyagi Koharu-san will die, but in a kind of peace with relatives. Me, I'm a little bit more optimist, I think no, because in the book, the black monster disapears in front of the kid confidence in life (sorry for my english, I'm french, nobody is perfect...). So, what do you think about meaning of the end of the drama?

PorkChop Sep 14 2013 8:10 pm The end of a season; watched the last episode today, brimming with satisfaction and joy that it is indeed a happy ending. Ten weeks come by so very quickly, and each week, sitting on the couch on quiet nights watching this heartfelt drama washes away everything else, and brings me to the small but tightly-knitted sphere of the two children who are mature beyond their ages, and their undefeatable mother. Loss of words.

selma Aug 16 2013 12:24 pm this show and hanzawa naoki are such stellar shows ! they are the best asian dramas this season and deserve so much more attention than the brainless kdramas everyone is so obssessed with

the pair, director Nobuo Mizuta and screenwriter Yuji Sakamoto, really bring back the greatness they delivered in Mother to this drama.

everyone should watch this. you won't be dissappointed.