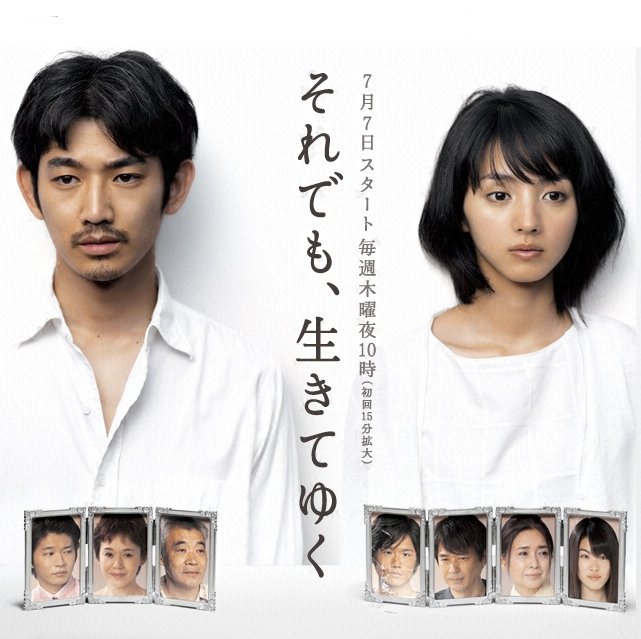 A young man's (played by Eita) sister was killed by his close friend some 15 years ago. He made a promise to his mother that he would take care of sister, but that promise was broken. Because of the death his family separated. The man has lived with guilt of his sister's death ever since.

One day, the young man meets a woman (Hikari Mitsushima) who is the sister of his friend from 15 years ago. A bond is formed and they struggle with emotions that come about ...

Jay Quintana Apr 19 2016 1:52 am I enjoyed Yuji Sakamoto's Itsu ka kono Koi wo Omoidashite Kitto Naite Shimau and Mondai no Restaurant, but this was just way too melodramatic for my taste. Great acting, but the over-the-top outbursts and the long soliloquies made this unwatchable at times. Gotta say, though, every time I was ready to give up on the series, a hook at the end kept me watching.

solar Oct 09 2014 10:59 am One reason why J-dramas never fails to impress me is the life lesson messages it delivers.I think that is what Jdramas is always many steps ahead of there counterparts.One of the most emotionally intense dramas I have ever scene. Brilliant acting by the leads and every other character.Not a single dull moment.Simply love it.You simply cannot judge a drama by it's Rating.

Necromancer Jun 04 2014 11:30 am One of Sakamoto Yuji's best drama along with Mother. Need more drama with similar genre. Any idea?

j-luv Nov 05 2012 3:16 pm This is a great drama! It is what a great story should be. Something that takes into someone's life and gets you involved and caring about them. Yes, it's sad but it takes you deep into human emotions that explore how do I continue to live after my heart is broken. It is also a love story where you really hope the boy and girl can find happiness together. After seeing all those fluffy rich-boy/poor-girl dramas, this is a real drama. Love it!

P Aug 06 2011 2:43 pm this is a very real drama. it showcases different point of views and makes you think about the story. The actors are phenomenal and that is not a word that i use on a daily basis. this drama breaks my heart a little bit everytime i watch an episode. Just watch this drama, you won't regret it.

iLLusiOnEr Jul 26 2011 11:58 am I don't know about the viewership rating but this drama is great! Sakamoto Yuji really has it in him to write great pieces like Mother, Tokyo Love Story, Last Christmas, Itoshi Kimi e and this one. 9.5 out of 10...so far