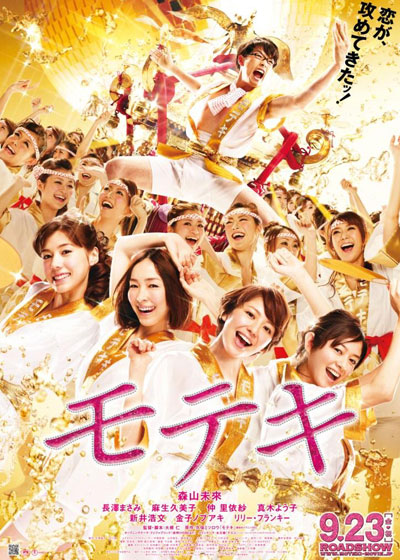 Set one year after the drama series "Moteki."

31-year-old Yukiyo Fujimoto (Mirai Moriyama) doesn't have money, dreams or a girlfriend. He has left his job at a staffing firm and is attempting to start a new life by working as a writer for a news site. Suddenly, Yukiyo experiences "moteki" - a period when a man becomes suddenly popular with woman. 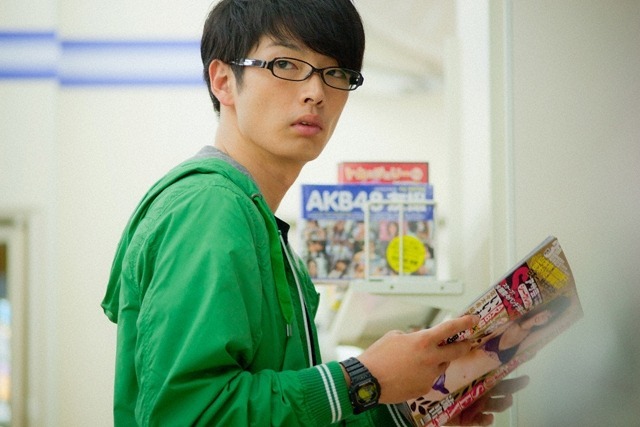 haru yasumi Aug 16 2019 11:49 am I've seen this a few times and have mixed feelings. For me, the soundtrack eclipses most of the film itself. I found myself completely uninterested in what happens to the 2 main characters. I was surprised to find he won awards for this as i found him to be entirely without charisma, and wasn't even engaging as an idiot. I thought kumiko aso however, was great and she became the only character i cared about. The karaoke scene and aftermath ( lover soul) is by far my favorite scene

Great film Mar 01 2017 8:30 pm I really liked this film. It surprised me in each sequence although I thought the final " happy ending " takes something away from a perfect characters description which keeps in the interest high throughout the film. I really liked the various director ideas to achieve the various portrait. As an example when Rumiko runs to Yukiyo promising she will do her best not to be " heavy " an extra in mopad devices them forever creating an aura and a light line separating them forever just before Yukiyo tells " it won't work " and so many more. I don't know the TV series but I belive the film is very good. I wonder if anyone could tell me how to get the name of the song and the band or the singer who plays what in English subtitles as " the world isn't one " or something similar.

ravenralph99 Mar 14 2016 5:29 pm It's a nice ending to the TV series. I was sad on the TV series every girl dumped him but in the movie he fought and found his girl

JoJo Dec 06 2012 8:12 am Oh I so love this movie!!! One of those movies that'll always remind of it <3 I'm now watching the TV Series of Moteki, finished 1st episode and my first impression was a "meh" compared to the very first 10mins of the Movie.. I was already thrilled and a bit excited hahahaha I'm going to see how will this go!!

Kitty Jul 07 2012 4:50 pm anon, I think you completely missed the entire point of the movie, it went right over your head. You aren't meant to always like the main guy, he's meant to be a normal guy, he can be cute and sweet but also a real a**hole when he wants. Life in general doesn't go the way you want it to, you love who you shouldn't and ignore the love of those you should love in return. Just because 'he' personally thought he had more in common with one girl doesn't make it true, love makes everyone blind and that was the whole point of this movie. You saw him fall in love, go through all the termoil that brings, try and forget said love with another, found he couldn't, treated that person badly, reverted into himself and then finally found the courage to follow his own wants and needs without blaming anyone else but himself. It was meant to be a fun, comedy, melodramatic look into one guys life, through his own mind, hence all the crazy singing etc which I personally thought was fun, it's to be expected in this genre. You obviously didn't pay much attention when watching either, he was not a virgin, he was what's known as a 'second virgin' a person that has only had sex once, when they lost their virginity. I agree the plotline written in some places is misleading, but that isn't anything new for movies, so can't really be picked at, you are starting to nit-pick here, I feel you disliked this movie as soon as it started. Japanese movies in THIS genre (please do not lump all Japanese movies/actors etc into one group, you're being a tad too closed minded and obviously need to watch more Japanese movies) are always over-acted and a little silly, that is the charm of this kind of movie, if you dislike it I suggest you stay well clear, this kind of Japanese comedy always follows a similar path, simple thing to do is bypass it and not come on whining about a movie you wouldn't have liked from the get-go. The acting, btw, was fantastic in this movie, shame you were too closed minded to see it :(

anon Mar 16 2012 4:06 pm Erm this film sucked, total waste of my money! As usual way too much overacting as is common in Japanese entertainment (but can sometimes be hilarious ala Nakatsu). The Perfume performance was dragged out wayyyy too long and the description etc is totally misleading. In no way was the bar hostess or his coworker interested in him, and the last scene was way too forceful. The movie felt rushed such that I felt no empathy for the main character, and in fact I just think he's an unlikable loser. He berated the only girl nice enough to him and kind enough to take away his virginity and said they didn't have music and activities in common. As if he has any with the main lead other than TM Revolution?! The girl and him both liked singing karaoke alone, the same karaoke songs and the same band at the festival! That was the most assholic moment of the movie, but there were plenty of others.

the pertamaxes Feb 12 2012 7:57 am @poppy: can you tell me what airline you rode that time? It's very hard outside japan to watch this movie

Steam_Punk Sep 04 2011 2:36 am OMG Masami Nagasawa and Kumiko Aso in the same film.. just awesome..... the last time I saw them both work together was Nada sou-sou