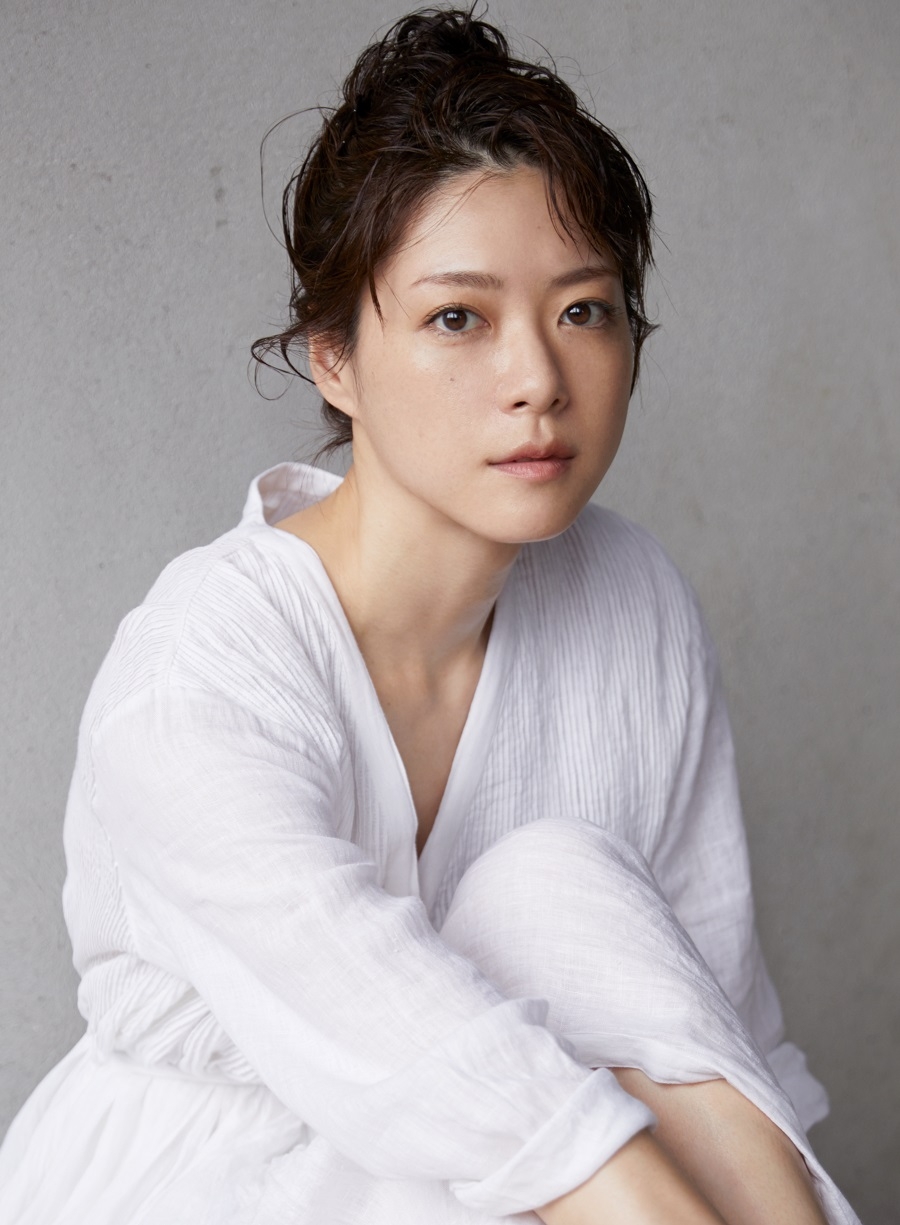 Juri Ueno, born May 25, 1986 in Kakogawa, Hyogo Prefecture, Japan, is a popular Japanese actress. Juri's family consists of her parents and two older sisters. As a child Juri Ueno excelled at track and ran short distance races until the first grade of middle school. Because of problems with hyperventilation she then gave up running. In 2002, Juri started her career in entertainment by appearing in a CF for J-Phone. That year, Juri would also make her first television drama appearance in the NHK series "Seizon". The following year in 2003, Juri made her acting debut in "Summer of Chirusoku" (Chirusoku no natsu) and also appeared later that year in "Josee, the Tiger and the Fish." By 2004, Juri experienced her breakthrough role in the feel-good comedy "Swing Girls." She played a high school student that falls in love with jazz music and her performance would garner her the best newcomer award during that year's Japanese Academy Awards.

jurippe Jun 30 2020 9:03 am I suddenly missed her upon seeing her in the Korean movie, The Beauty Inside. I am glad she is happily married now.

irfan Dec 28 2018 9:35 am when watching good doctor (jap vers) i tried to remember who's natsumi cast..now i remember that she's in nodame cantabile drama ?

jodistrings Jan 18 2017 9:22 am I visited her IG account, then I saw a comment about her marriage. Gosh where have I been all this time, I didn't know she's married now.

ponyang Jan 10 2016 1:35 am Hi! XiYe i think we are two here in the PH ^^ i love her a lot too! she is just very unique and wonderfully good in what she does. When she laughs and smiles, it is so real that you are also showered with the same happiness! I love it when the mood she portrays is so contagious to the audience. Good actress! Been a big fan ever since Nodame ^^

jodistrings Aug 21 2015 5:26 am I haven't seen her in a while. I've been searching for an English subtitle for Hidamari no Kanojo since 2013, but I haven't been successful that I just gave up. But now I guess if I search for it, I can find subbed videos of it that is available in my country. And I'm so fed up with other stuff that I was not able to get updates of her new movies/series. Hopefully, I find time soon. I wanna watch them.

Waves @XiYe. I'm also a fan from the PH. I've been a fan since Nodame Cantabile days. And I like her in Last Friends.

Claes Jul 30 2015 4:04 am I love Ueno Juri since I first see her in Naoko. I watched documentaries of her travelling to India and Tibet. I love her because it seems she's really different from another actress and she's doing things that not many other actresses did. She's unique (＾＾）/

And just a few days ago I watched Hidamari no.Kanojo and was totally in love with the movie, also Ueno Juri's and Matsujun's acting skill. The pair (ueno and matsujun) looks very natural and somehow I could also feel the feeling they both try to express :) ... it was one of the best movies I've ever seen.... ^^ you guys should watch it

Maybe i love her even more since I.saw that movie... I hope for another awesome movies and dramas from her in the future ^^

XiYe Jun 29 2015 7:50 am I couldn't find any fan pages for her which makes me sad bc I think I'm the only one around here in ph that is a big fan of this wonderful actress hheheh

Lala Jun 13 2015 9:59 pm Pretty impressive in Ouroboros. You actually get me into doing research about what Ouroboros meant in Greek. Well done!!!!

lolita May 12 2015 10:01 pm l like you drama in ouroboros character mizuki hibino, I sad to see you cry in this drama T.T hmmm sugoiiiii.. I want see you in couple drama or movie with takeru sato. my favorite actres and actor I'm waiting for it!!!! kyaa >v<

Day-chan Apr 16 2015 3:38 am When i watch Ouroboros, i thought "this woman is amazing!" then i searched her wiki... and booommm i'm so surprised that she's the one who act as silly Nodame and sporty Miyuki. and i just realized that i watched most of drama/film she's in but i didn't realize her >< i'm totally in love with Juri Ueno.

Semi-Charmed Life Aug 30 2014 2:53 am I am totally inlove with Juri Ueno. Ultimate crush! Keep up the good work and I wish you well in life. I will be watching and following all your works. I love you!

chloe May 15 2014 4:18 pm I'm just in love with ueno juri. She continues to amaze me with her flexibility in acting and her sweet personality. She i just amazing and I love her! <3

Erika Apr 28 2014 9:19 pm I love her in Alice no Toge. I remember her from Nodame Cantabile where she played an entirely different role. She's a versatile actress!

Ni Nov 01 2013 2:48 am I love Ueno Juri, i've seen her acting in various drama and movie. hope i can watch Hidamari no Kanojo soon... i miss watching her in drama/movie

wish there's a fanpage all about Ueno juri on FB ^^

rei May 18 2013 7:19 am Juri-san is one of those J-actresses who can really act, transforming from one role to another.And that is why I love and respect her. She's also kind and honest, what you see is what you get, even behind the camera. I will support Juri forever <3

Lolypop Namae Apr 20 2013 7:39 am I always witing for you movie Ganbate Kudasaii.. SEMANGAT UENO from INdonesia ^^

jurippefan Feb 18 2013 1:41 am She's one hell of an actress! She deserves all the acting awards that she got & she will in the future. She's the REAL deal! XD

Fresh Aug 28 2011 1:13 am I love her!!! Best actress evaaa!! She was sooooooooo cute in Last Friends! Have my babies Juri! We'd make beautiful black\japanese babies

Minami-chan May 04 2010 10:47 am Ueno Juri is funny, charismatic, versatile and by far my favorite J-actress! So naturally gifted! Juri-chan gambatte! <33

RamenLover Dec 16 2008 12:39 am Santa Claus please put Juri Ueno underneath my Christmas tree this year. Thanks!