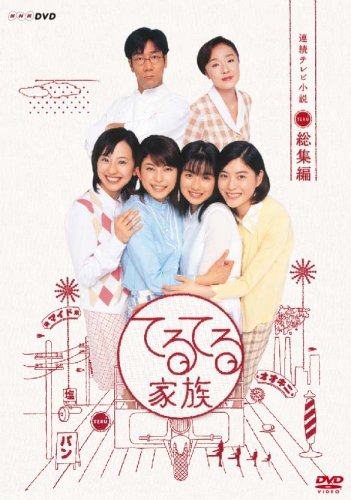 The 69th NHK Asadora Drama is Teruteru Kazoku. Locations include Ikeda, Osaka and Sasebo, Nagasaki. The story, based on Rei Nakanishi's novel, is about the Iwata family living in Ikeda, Osaka City between 1950’s and 1960’s. The story is told through the eyes of the youngest daughter, Fuyuko (16). The family runs a bakery. The mother, Teruko, is a very energetic woman who is determined to make her dreams come true. Responding to Teruko’s expectations, the eldest daughter becomes a figure skater and the second daughter becomes a very famous professional singer. In contrast, Fuyuko finds her joy in bread making... --- NHK