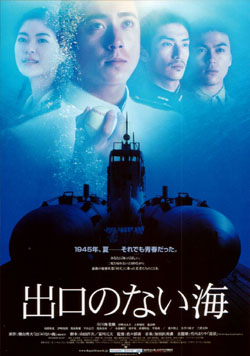 Koji Namiki, a talented young pitcher, who had won the National High School Baseball Championships enters university, but soon afterwards injures his elbow. He and his teammates work hard to get back on the field placing all his hopes on a new slow-ball, "the magic pitch." However, the outbreak of WWII wipes out the baseball ambitions from everyone. They join the military and in the navy undergo the severe training that prepares them for death. Death awaits them in a "kaiten" (special attack submarine or "human torpedo") within the gloomy ocean depths, but Koji never gives up his dream of the "magic pitch."

Luigi Manders Jun 05 2016 4:24 am I like this website very much, Its a rattling nice office to read and receive info . “There’s nothing I’m afraid of like scared people.” by Robert Frost.