The State of Union 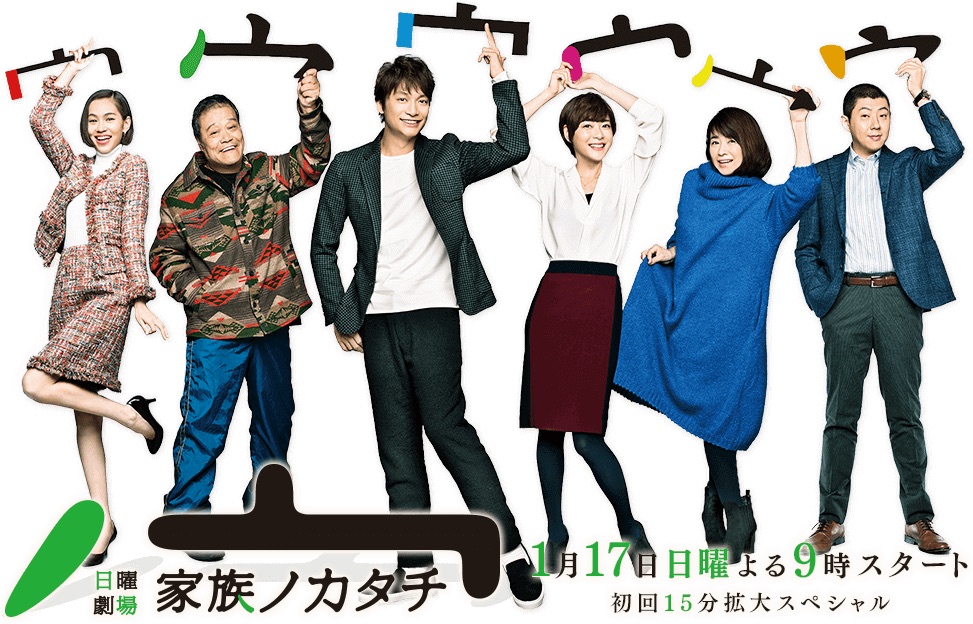 Daisuke Nagasato (Shingo Katori) is 39-years-old, single and works at a stationery maker. He enjoys his single life. One the day he moves to his new apartment, he meets his neighbour Hanako Kumagai (Juri Ueno) for the first time due to an unpleasant situation. Hanako is 32-years-old and single. She is also an OL and a divorcee.

Daisuke's single life faces a crisis. His father Yozo (Toshiyuki Nishida) and younger step-brother begin to live at his apartment.

ryo May 04 2019 1:08 pm I finished watching this drama in just one day! It's been a long time since I watched this type of drama since "Kekkon Dekinai Otoku." This drama is surprisingly good it contains a lot of good life quotes.

doram Feb 25 2019 12:46 am Just finished rewatching this drama and I know I have to write somewhere to tell this: this drama is gold. For those who haven't watch it, give it a try. This is no typical drama, there are no cliche things in this drama (well, maybe a little bit) and trust me, this is one of the best J-dramas out there. Kudos to the writer, director, and casts! 9.5/10.

MY Sep 26 2018 6:42 am I really loved this drama! Jdramas have never failed to touch my heart, the family setting is lovely and the chemistry between the main leads is so good, too!

Yuna Dec 06 2017 11:14 pm I enjoyed watching it. It isn't your typical romance drama. As what most of the reviews about this show say, it really focused on family relationship with a bit of romance-comedy. Totally recommended for those in need of replenishment from too much romance dramas like me.

P.S I commend this drama for making me cry and laugh at the same time. Literally. The last episode got straight through me!

It also allowed me to see the talent of Shingo for the first time (I am a TK fan for life, but I do not follow any other SMAP members' work.)

Juri Ueno was at her best. I saw her in Ouroboros but she was just adequate. Here, she definitely shone through her character.

Chemistry-wise, the both of them are just 10/10. What a surprise.

Throw in the strong cast of Yozo-san, Ricchan, and their colleagues and friends, I can't really find fault at all.

Lastly... I wish the romance part was more amped up and passionate. However, the fact that it wasn't made it even more special.

This is why I love watching Japanese drama, as compared to the very trend-based and slightly copycat Korean drama. Of course there are so many good K-dramas too, but Japanese drama which is understated and subtle cannot be beaten.

sarah Apr 12 2016 10:26 am This drama was very good. It was such a simple drama with very well done relationships and as you watch the relationships grow you really fall in love with the people who populate this drama. There is growth that is natural and the characters touch you deeply.

I began watching it with no real intention of continuing but got hooked on this wonderful drama. The story is so real and the people are also like people you would meet so it makes you become part of their family too and Hanako and Daisuke ...love them but Yozo was my favourite.

karin Mar 23 2016 3:12 am One of the best drama I've watched up to now in 2016 (even among korean dramas). I like how its paced and I love its simplicity. I love the feels and flows of this drama. I wonder if any Korean producer would be interested remaking this drama and I wonder how would the result be.