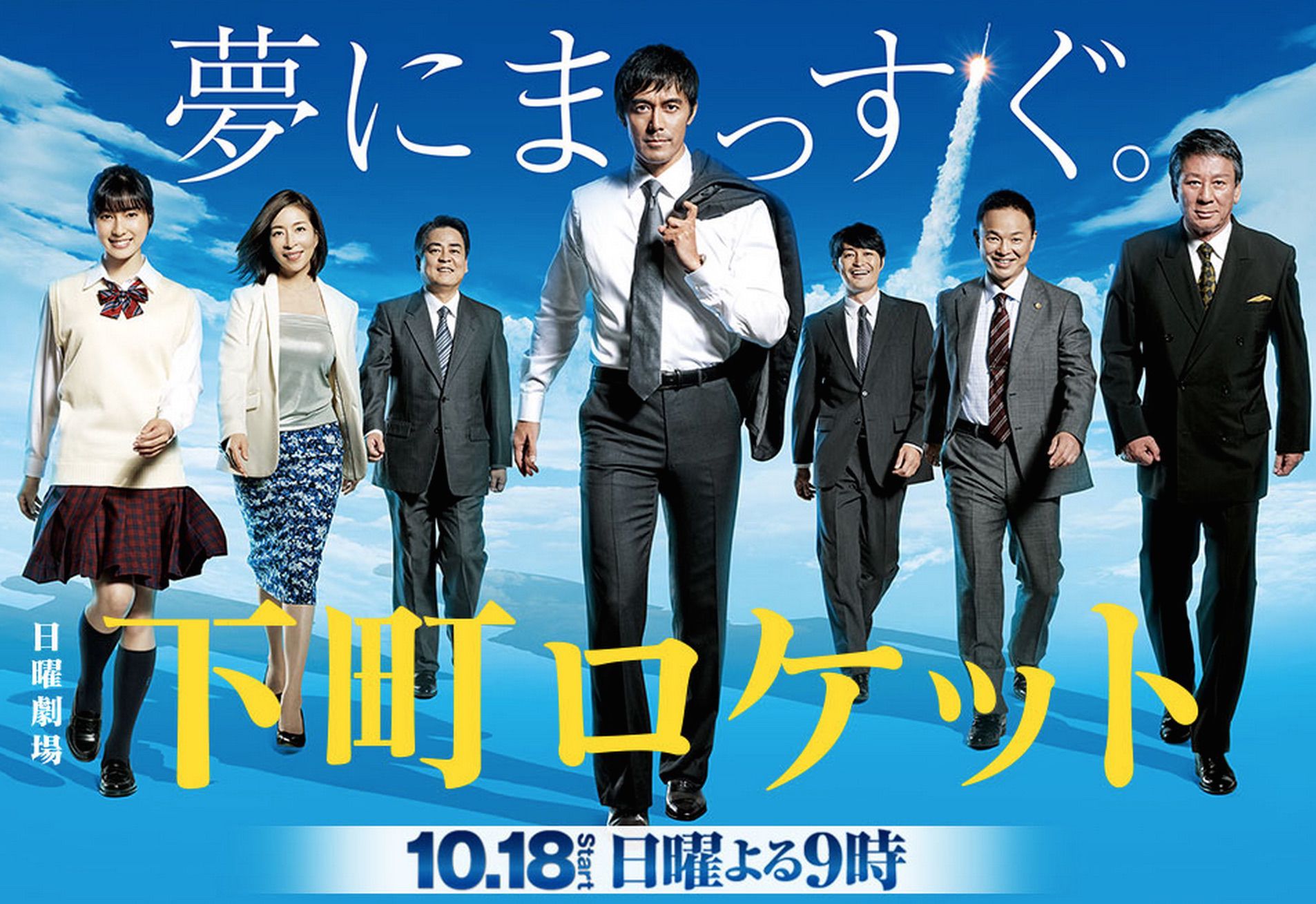 Kohei Tsukuda (Hiroshi Abe) worked as a researcher at the Japan Aerospace Exploration Agency. He now runs a family-owned factory that manufactures small engines. His daughter Rina (Tao Tsuchiya) is a high school student. He doesn't get along well with his daughter, but the family owned business is improving. Kohei attempts to develop a rocket engine, which is a lifelong dream for him, but it causes his factory to suffer.

One day, an important client stops ordering from Kohei's company. He tries to borrow money from the bank, but the bank declines his loan application. To make matters worse, a rival factory sues Kohei's company for patent infringement. Kohei and his employees face a dire situation.

At this time, a large company offers a deal to Kohei. The company wants to buy their patent for 2 billion yen. Kohei must decide whether to sell the company's patent or follow his dream.

Mr K Aug 16 2019 9:43 am You forgot another one..... May I know the actress who played Sakuma Noriko, a freelance journalist who is willing to assist Tsukuda in exposing Sayama Manufacturing's nefarious deeds???

Robert Oct 26 2017 7:38 am Great Drama. Nice to have a technology based drama that can make you glued to your seat.

Yudizu Jan 23 2016 1:46 pm I just watched the first episode today,it delivers an intention in every scene and the main character shows him self purely passionate about keeping the pride of a dream and hardly sustaining his mediocre company. Many people involved as a crew of to initiate an engine for the rocket.