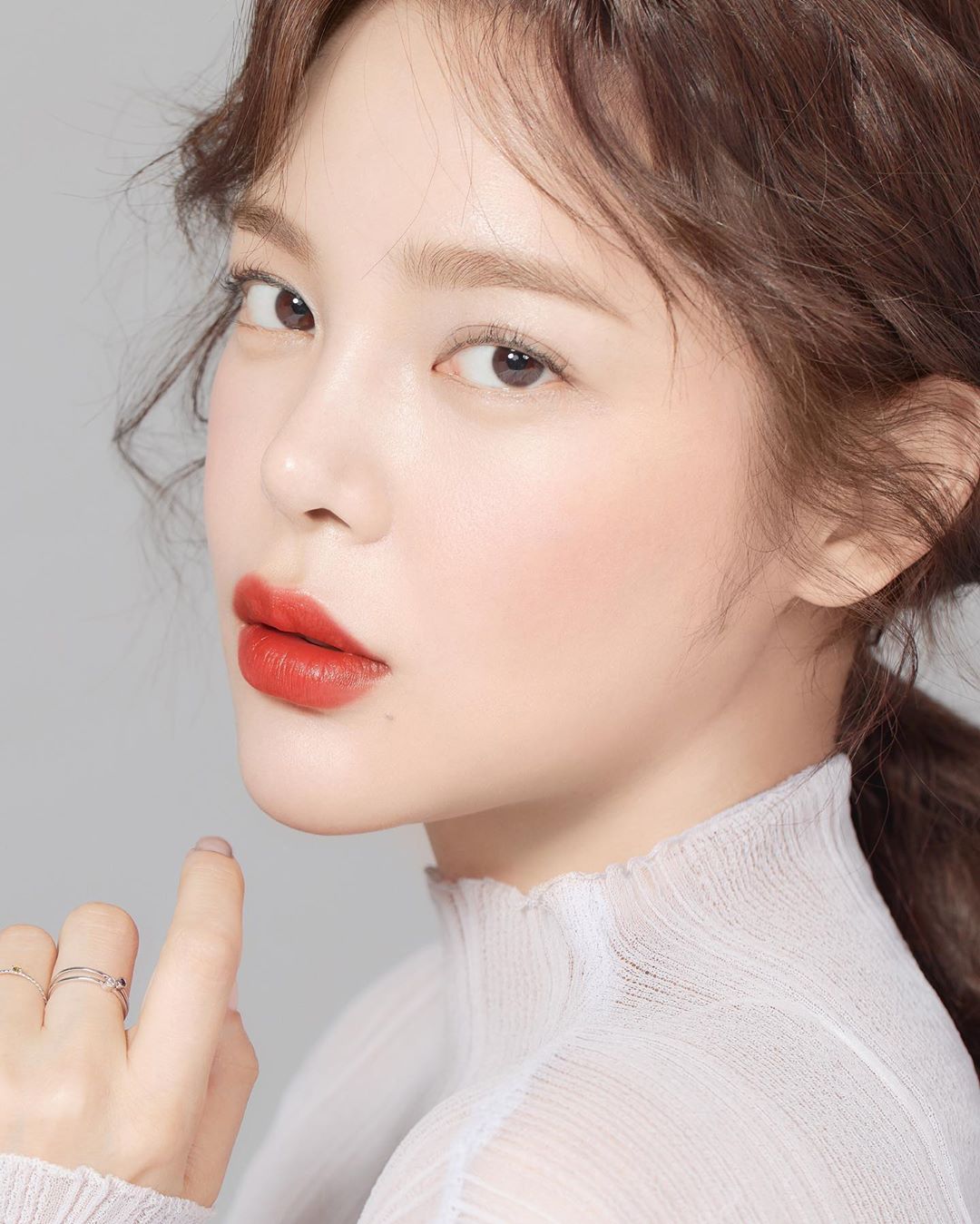 Park Si-Yeon is a popular South Korean actress and model. She was born on March 29, 1979 in Busan, South Korea. As a child, Park Si-Yeon first displayed talent for singing. In 1990, by the 5th grade of elementary school, Park Si-Yeon won the top prize for the "KBS 창작동요대회" (children's singing contest). She graduated from Long Island University in the United States.

Park Si-Yeon first became known to the Korean public not through her acting roles, but as the girlfriend of popular singer & actor Moon Jeong-Hyeok (also known as Eric from the K-pop band "Shinhwa"). The couple first met in 2004 and dated until 2007. Her relationship with Moon Jeong-Hyeok overshadowed her acting career during her early years, with the public commonly identifying her as "Eric's girlfriend". In an interview with Herald Media of Korea, Park Si-Yeon stated it took about 10 different roles before the tag of "Eric's girlfriend" vanished from the public's perception of her. She also stated that a positive of the "Eric's girlfriend" tag was that she loved him.

Park Si-Yeon has stated that she doesn't have any hobbies and in her free time enjoys relaxing at home watching TV dramas. Park Si-Yeon also thinks of her mom as her biggest supporter. Peers that she admires are Meryl Strep, Josh Hartnet, and screen writer No Hee-Kyung.

LKB Mar 26 2020 3:04 am Yay, I'm happy to have her back as the second (well, second adult) female lead in When My Love Blooms-and on tvN! I can't believe she'll be 41 as we watch that. How do people like her and Kim Hyun Joo just never ever age? What's in your water, SK? Does it have lethal side effects long term (cause it's true some heavy metals keep ya looking young but also cause diseases!)? If not, you should bottle it!

Dave Jul 19 2018 6:47 am I really enjoyed her performance in Fantastic. I am new to K-dramas and she really impressed me with her abilities. Looking forward to seeing what she does in the future.

Peet Apr 23 2018 2:59 pm Park Si-Yeon is demonstrably an exceptionally accomplished actor who is much better suited to feature films, rather than daytime television. She has a very endearing and iconic look which reminds me a lot of a young Marion Cotillard (even though they are actually in the same age group). <3

wooribin Mar 23 2018 1:11 am I really want to see her again playing in a drama like greatest marriage and to be the main actor?... I miss her acting alot(TT)

Lucy Jan 23 2018 6:07 am A very talented actress who has a wide range of emotions at her disposal, and is also beautiful. I've enjoyed watching you in what I can find online.

Nieya Dec 18 2016 9:39 am A good actress. She's gorgeous too. Can't believe she's a Mother of two daughters. Hope one day, Park Si Yeon and Nana of After School will get to act together in a drama. Because both are underrated, but good actresses and gorgeous

Jess NZ Nov 12 2016 9:40 pm Park Si-Yeon is beautiful! I really enjoyed her character in Fantastic. Once her character finds her strength and confidence she is a badass. Can't wait to see more of her in the future ❤

clare Sep 20 2016 2:06 pm i love you eonni your amazing at what you do and your acting is mind blowing, not only that your gorgeous and talented keep doing what you do.

irish Aug 11 2016 7:01 pm i hope after a lot of problems you can get your power and your peace back .. goodluck for your new drama, eonni! i fell for you since the first time i recognize you on innocent man ☺☺☺☺ you're such a good, talented and gorgeous actress

AsianDramaPearls May 18 2016 5:29 pm I think that Park Si-Yeon is a very beautiful actress with a lot of charisma. I would like to see her in more dramas and I am looking forward to seeing what she is performing in next.

Kdramatic Queen Jan 11 2015 12:11 am i truly love her in The Greatest Marriage...her character displays a strengththat can only have been pulled from a natural form. SiYeon is a magnitude of strength in struggle...we all have been airwaved across tge international waters about her so-called scandal and the comeback of her career move...one world renown example of the lowest point to the highest peak of the mountain tops...**drumrolls** Mr. Robert Downey, Jr.!! It is obvious that Park Si Yeon is a great actress, she is also a woman with a reality that we can learn from...and not ridicule her for! I am so appalled about the SoKo governmental form of what is to be made an example for thrills...what if a more sever act was brought upon due to the scandal of a talented star as Ms. Park! Now...I am not condoning her abuse (as they state for conviction), but I realize that when a public display of example is done by the Law...it can also be an infliction of ones livelihood. I am glad that I was born an American...but I am very respectful of my cultural background...BUT even if I don't agree with the ways laws can damage a person...it is in those that practice Law that are really accountable for such enforcement. SoKo is very lucky I did not finish Law School yet...well many countries should be...but when I in do...I can't wait to handle such injustices done just to glorify a country's ego and no justice at all! Sadly I live in such a country as well. ..but I pray for Ms. Park and her family to know her rights and who is legibility of defending her...because this matter affects her whole family...her child especially...with the way many netizens are cut throat before thought process about such matters. Statutes and Spirits of the Law...may her career and life be flourishing in abundance and in admiration by all for the strength through struggle !

aashika Dec 23 2014 8:36 am I think she is one of the finest actress in kworld...she needs to play more drama..we foreign fans really wanted to see her more....keep your head high girl

Naisy Nov 18 2014 8:07 am I think she's not a Korean beauty, her features, but i admire her! I have seen her in Innocent man, now The Greatest Marriage, Portraying such a strong character, a woman of today, a professional good actress! Looking forward for her next K Drama, maybe a Rom Com with No Min Woo his leading man in Greatest Marriage. Good luck Park Si Yeon!

Kinggofing Apr 16 2014 6:46 pm I hope she makes a comeback, i really love her acting. To me its better that she was caught using drugs instead of having another awesome actress committing suicide. (I miss Jung Da Bin :( )

Lindsay Jung Feb 16 2014 9:58 am Park Si Yeon is the most gorgeous Korean actress I've ever seen. In any angle, she's absolutely gorgeous. And she's equally as hot as her BFF Lee Hyori. As for her acting, I'm so glad to see that she's improving a lot! It was no joke to keep up with the acting of Joong Ki and Chae Won but she did really well.

htun thiri naing Oct 10 2013 3:55 am I really like her among the korean actresses I 've ever looked. She's really good in the innocent man.I feel symphatetic her character in that movie.I was angry when I looked that because of the ending.

Tracy Aug 03 2013 11:51 am I really enjoyed her in Coffee House, i was rooting for her ang Kang Ji Hwan since the beginning and glad with the outcome of the series, i wish to see her more in lighter comical roles since The Innocent Man was such a dark project

Gasenadi Nov 24 2012 4:46 am Park Si-Yeon ACED her role in Nice Guy (Innocent Man) as the complex, hard-to-hate-all-the-way villain. I had already enjoyed her performance in Coffee House, especially. (I WISH I could watch "The Slingshot" online somewhere with subtitles!) But she cemented her credentials with this role in Nice Guy. Fantastic job!

KZ Nov 02 2012 6:26 pm The phone booth kiss between her and Kang Ji-Hwan on Coffe House was one of the hottest kiss scenes in K-Drama ever. Very good actress.

LoonyLizard Feb 16 2012 9:07 pm She's plenty gorgeous, but what WAS she thinking when she signed on for Coffee House? Ugh, what a hot mess that was.

Haha Dec 22 2010 2:11 am @Kay she'll probably not win any awards for couples this yr, there are other dramas such as Mary stayed out all night with Jang Geun Suk and Moon Geun Young.

Kay Jun 20 2010 11:51 pm I grew to love her in the new drama Coffee House She is Fabulous in there and her chemistry with KJH is AMAZING!!! Hope she will get award for this role and the couple award too