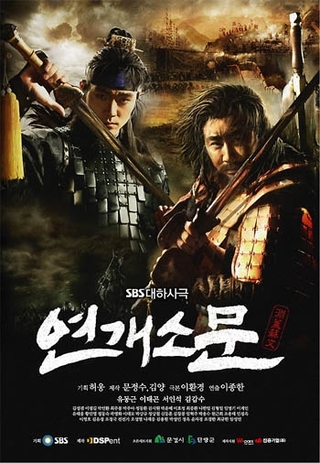 The Great Hero from ancient times who controlled the vast land! The top official of Goguryeo who controls administration and military powers. He was born as the eldest son of Yeon Taejo, into the eastern family, one of the five noble bloodlines of Goguryeo. However, his family gets involved in a dispute among the nobles and he gets abandoned in the country of Silla at the age of seven. From there on, his toils begin. He becomes a slave of a noble family in Silla and grows up together with Kim Yoo-shin, the family’s son. This is where he learns the code of Silla chivalry and where his relationship with Kim Yoo-shin’s little sister, Bo-hee, begins. When people find out about the relationship, he flees to China. He becomes a guest of Lee Yeon, who is establishing the foundations for the Tang Dynasty, and befriends his son Li Shimin (future Emperor of the Tang Dynasty). Li Shimin organizes the Hyeonmu Gate Coup and while Yeon Gaesomun makes his way back to Goguryeo with Se-min’s cousin, he runs into Joeui Seonin, a secret warrior monks organization within Goguryeo. This organization assists their return and with a teacher in this organization, he studies martial arts, tactics, astrology, and other knowledge that he will need to rule the world. He succeeds his father’s position and advocates a theory to conquer countries north of Goguryeo, which is met with opposition from King Yeongryu and his entourage of nobles who want to conquer the south. Ultimately, he kills King Yeongryu and rises as the top-ranking official. After winning a power struggle against the Emperor of the Tang Dynasty, he is finally about to execute his long-awaited plan to conquer the north…