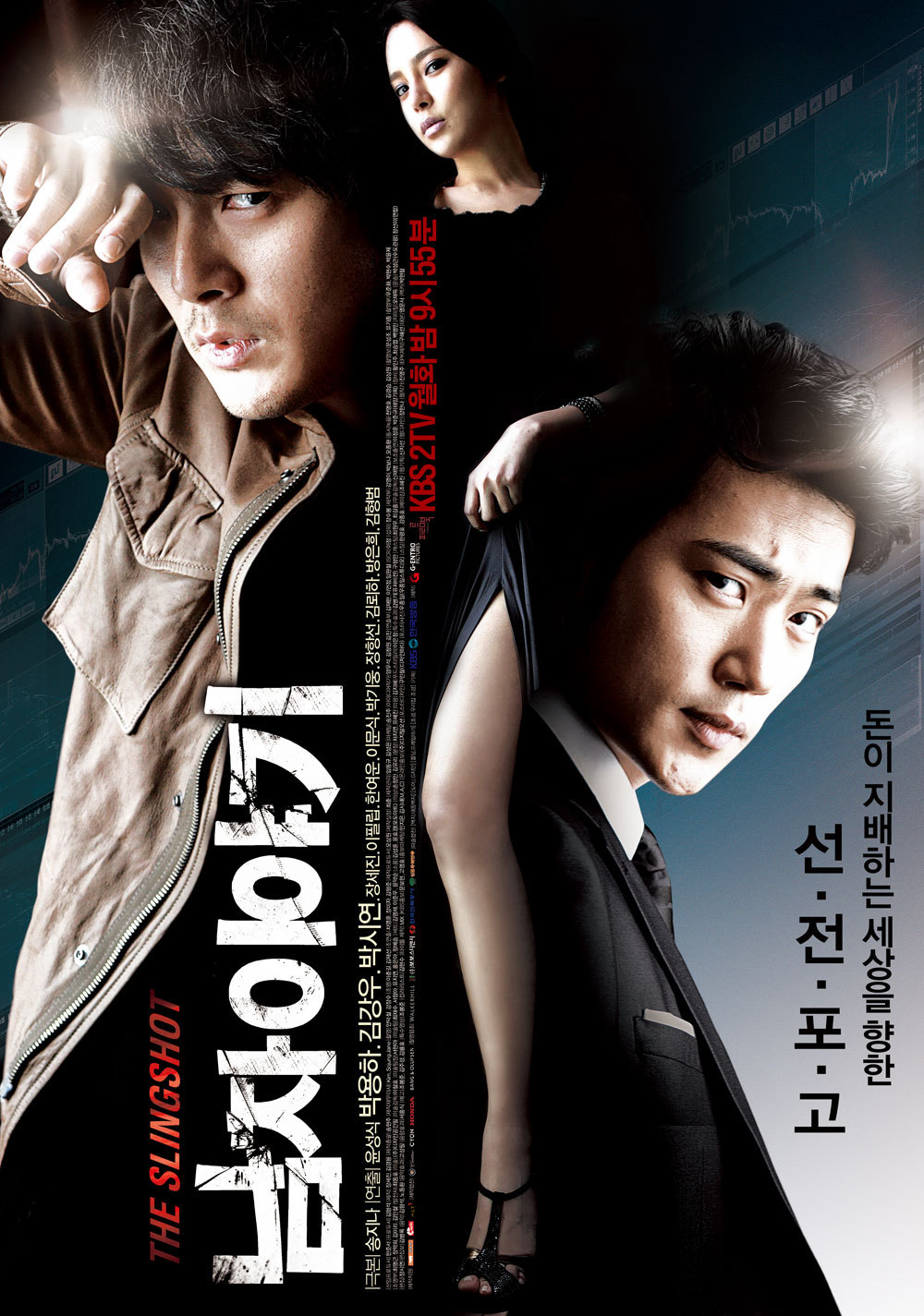 Kim Shin(Park Yong-ha), a son of rich family, was living as a playboy, but one day his father’s company becomes entangled in a conspiracy of TS Group in the process of merging and closed by bankruptcy. After the bankruptcy, Kim Shin’s father sinks into depression and ends up hanging himself.

Due to this incident, Kim Shin sets new goals in his life. He decides to make Chae(the president of TS Group) to commit suicide because of money, and jumps into the stock market. He becomes a cool-headed M&A expert, and makes plans to break TS Group with Do Jae-myeong who has pried into TS Group like him. While trying into TS Group for the revenge, he learns that the president Chae is just a bad guy. Behind all the evil acts, there was the president Chae’s son, Chae Do-wu. With the battle of wits between Kim Shin and Chae Do-wu, the story of their complicated relationships with Kim Shin’s ex-girlfriend, Seo Gyeong-a and Chae Do-wu’s younger sister, Chae Eun-su unfolds.

Lin Lin from Vietnam Sep 14 2020 5:00 pm After several painful episodes at the beginning, this drama is getting more and more interesting when it focuses to the main plot...Anyway, I’m kinda in deep mood because I’m missing and craving for Park Yong Ha’s music and his smiles, his voice, his images..........I watched On Air for the 3rd time this month....

KJY Aug 01 2020 11:20 pm I agree with people saying this is underrated. I watched this because I became obsessed with the writer. I think she writes characters very well (her work on endings could be better) and she really does well in making you relate with each character. I wrote this before but I think this is what Itaewon Class was trying to be. I didn't really like Itaewon Class. I thought it didn't do well in establishing characters, the audio director did horribly, and they skipped over very important scenes that would have helped us see why and HOW they became big instead of just writing 7 years later or whatever. But yeah, this drama was amazing if you can get over the hair and fashion~ R.I.P Park Yong Ha.

kpopandgrime Feb 20 2019 6:48 pm This is a really underrated drama and I cant believe it only has 11 comments; like seriously it deserves more recognition. it came out nearly 10 years ago but im still in love with it, and without this drama I would not have been able to find out about k dramas (So I'm very grateful)

kpopandgrime Feb 20 2019 6:44 pm still reminicsing about them times when i used to watch "the slingshot"; one of my favourite dramas of all time (for real 100%). And this was all thanks to Park Yong Ha. Thanks for the memories; Much Love.

tsuyoi_hikari Mar 21 2018 10:44 am This drama is Kim Kang Woo's best role to date -- he is basically charming but twisted and creepy at the same time. His role in here give you shivers, it is really brilliant!

And the drama's ending is like one of the best ever in the history of Kdramas. It is one drama that I always recommend if you are looking for an unexpected and awesome ending. 8D

lrt Jan 21 2018 7:46 pm Loved the ending, big time! Soooo not what I expected the outcome to play out, even better than the direction I thought it was going to take. This was the lead actors Swan Song. Job well done!!

Alexandria Oct 10 2014 7:42 pm Kim Shins father is actually his brother so a correction should be made also his brother does not hang himself. Little things but if its a description of the plot it should be accurate. I've attempted to get a friend into a drama once and the description was confusing and made little sense. Chae do woo really captivated me, not only as bad guy but a sick, sad and twisted individual and even tho it ends with him as a inpatient it is very clear that he still retains his drive and most likely in time after everything has settled down he'll be back on the prowl stealing candy from babies. Aside from that its a good drama and I'd watch it again.

Tan Aug 23 2013 10:10 pm I think it will be great if remake this drama to saeguk, with kingdom setting.. Becau a Man wannabe king, and a women wannabe queen

Gasenadi Dec 08 2012 4:07 am Please, please include actress Kim Mi-Kyung in the credits. Her role as the detective from Seoul who comes to investigate the Mayor's death adds so much to this already addictive drama. (Uh... I've got to learn NOT to read other comments before finishing; there are ALWAYS those immature spoilers.) GREAT drama, highly recommended.

farah May 10 2010 12:02 am this i want to korea drama should be...great story, great acting with the great actors but i don't like the ending it's vague to the writer and director please make the sekuel..pleazeeee i want chae do woo release from mental ward