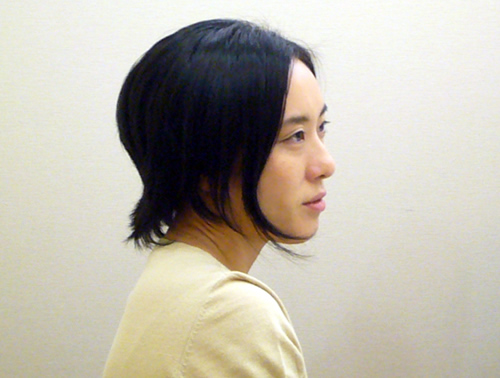 Screenwriter-Director Mika Oomori was born in Fukuoka , Japan in 1972 and is a graduate of Aoyama Gakuin Women's Junior College. After leaving the Tokyo Bureau of Nagoya Broadcasting Network, she became an assistant director within the drama production division of Fuji Television Network, Inc. In 1998, she made her screenwriting and directorial debut with the late night drama "Bishojo H: 17-Sai no Kiroku." At present, she continues to work as freelance writer and director on mainstream TV dramas. Her writing credits include: "Kabachitare!," "Long Love Letter Seiryu Kyoshitsu," and "Lunch Queen" for Fuji Television Network, "Kimi wa Pet" and "Satomi Hakkenden" for Tokyo Broadcasting System (TBS), and "Kaze no Haruka" for NHK. Her film directorial credits include: "Koibumi Biyori" and "Nibanme no Kanojo." In 2005, Oomori gained wide recognition when she won the Mukoda Kuniko Award (the top honor for screenwriters) for her work on "Fukigen na Jean."

Harry & Matsuko Brooks May 02 2017 2:13 pm We enjoyed My Pet so much! Great education for finding a partner and slower/simpler/highly-educated with less social skills... Almost without saying IT...the episodes, acting, script teach us what-is-love! Without any sex scenes it is viewable by all ages. The use of a psychiatrist in Hawaiian shirts carrying a Chihuahua and delivering Zen-like erudite messages so fast--I couldn't even squeeze them out of my brain for a meaning...ooh reading the sub-titles is difficult because so much is being said, but maybe that keeps us attentive. LOTS OF APPLAUSE to Ms. Omori as the writer! I think after OSHIN and Zatoichi's HERE COMES THE MASSEUR this TV drama was our favorite.

nikki Apr 11 2009 1:08 am I've enjoyed several of the tv shows she's written. She's very good at human drama, showing relationships such as friendships, and romances that feel real and not overly dramatic or "dreamy". Her characters are often rateable. It's interesting to see that she has been branching out into comedies over the past couple of years - she's rather good at it.