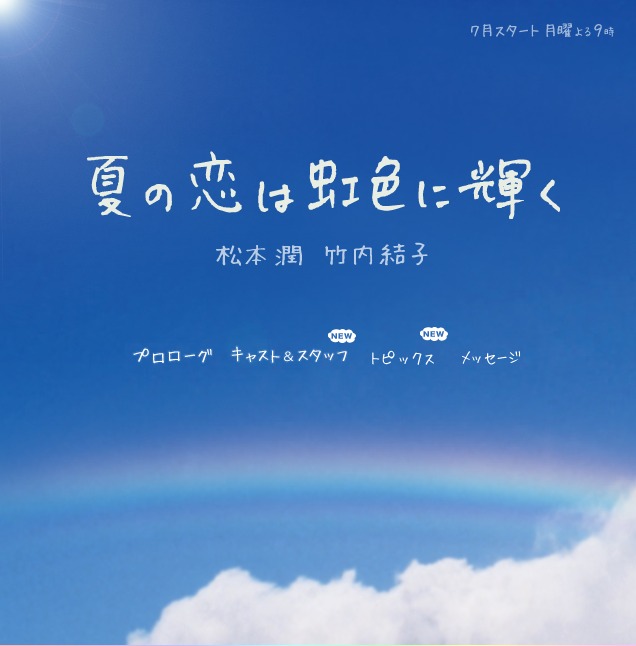 Taiga Kusunoki (Jun Matsumoto) is the son of well known actor Kotaro Kusunoki (Shiro Ito) and is also an actor himself. Unfortunately, Taiga's acting career is a few magnitudes lower than his ever popular father's career. His management company struggles to find work for Taiga, so Taiga usually spends his days with fellow second-generation actor Keita Ueno (Hideyuki Kasahara), who is also in a similar plight as Taiga. One day, the two friends go sky diving with Taiga losing losing control of his parachute. Taiga drifts away and eventually becomes stuck in a tree several miles away from his landing point. Then a woman named Shiori Kitamura (Yuko Takeuchi) passes by and helps free Taiga from the tree. It turns out Shiori is a huge fan of Taiga's father ...

alexx Feb 10 2011 6:22 am this is quite a good drama, a relaxing one. jun matsumoto's acting is impressionable.

jasmine Sep 05 2010 5:56 pm gyagyagya..matsujun you did a great work here.. but, i think your best haircut is when you were in Gakusen drama.. anyway, i still love you..forever..gyabooooo

and jun is sooo awesome .. love em and his act